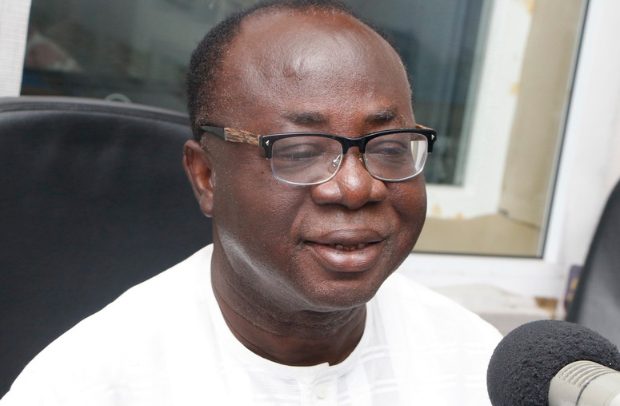 National Chairman of the ruling New Patriotic Party (NPP), Freddie W. Blay, has said the recent ‘Fix the country now’ agenda being pushed by some people is being inspired by the opposition National Democratic Congress (NDC).

He, however, said the Akufo-Addo-led NPP government would never overlook all genuine concerns and problems affecting the country, adding it would not sit down for the NDC to use propaganda to destroy the good works the NPP is doing.

Mr. Blay, sharing his views on the ‘Fix the country now’ issues trending on social media, said yesterday that the NPP government would continue to work assiduously for the country to prosper for the benefit of all.

“We shall not ignore what the people are saying but we shall also not dance to NDC propaganda,” he said.

He reiterated that “Ghana is a democratic country, you can have an opinion, maybe most of them are NDC people and maybe they are even referring to what then-candidate Akufo-Addo did say that when you are in power and people are complaining that things aren’t going well, fix it. Of course, government is in the act of fixing the problems in this country.”

He said President Akufo-Addo and his government are wide awake and the problems some of the people are complaining about are being worked on without delay.

“We acknowledge that the solutions to the country’s problems do not come overnight. It takes time and even in the era of COVID-19 Ghana we are doing everything possible to develop the country,” he added.

He said “Talk about dumsor, it’s not the dumsor as we know it in the NDC era that took place for four years, a few problems that we are encountering. We are having problems with our distributing lines and definitely, efforts are being made to repair the broken down ones.”

Mr. Blay said that “we have explained that the situation is not a permanent situation, it’s just a three-four months situation that people are making it look as if everything is broken down and we are not doing anything about it.”

Mr. Blay said that all the issues that the ‘Fix the country’ agenda pushers are raising are already being done, adding “so, if they say we should fix the country, definitely at our pace we are doing that, a pace that Ghanaians will be happy with.”

He urged Ghanaians to continue to offer support for the Akufo-Addo government to deliver for them.

“We shall continue to be open to constructive criticisms. We are a listening government and would not depart from doing what is expected of us as a government. Everybody in the country matter to us and we shall not take them for granted,” he stressed.