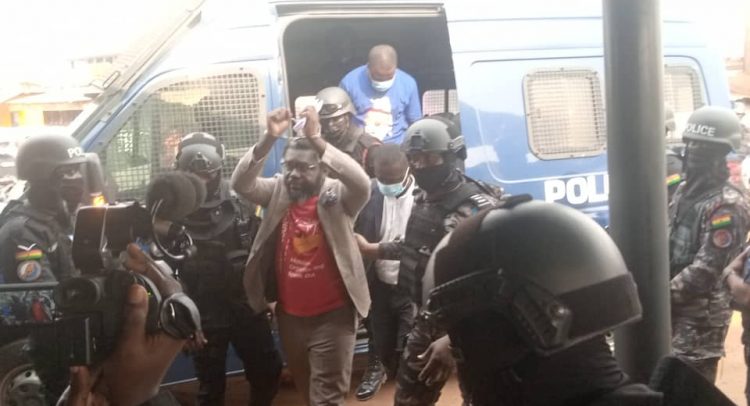 The Ashaiman District Court has remanded #Fixthecountry convener Oliver Barker-Vormarwor into custody after he was charged with treason felony Monday morning.

His plea was not taken.

The court said it does not have the jurisdiction to grant bail to the accused due to the nature of the offence.
Her Honour Eleanor Barnes urged the defence team to repeat their bail application at the High Court or challenge her ruling.

The court also ordered the police to ensure that the defence and three members of his family are allowed access to him everyday between 10am and 4pm.

The accused was in an ash-woven suit with a #fixthecountry T-shirt beneath.

Oliver was arrested upon his arrival in the UK Thursday night after he threatened to stage a coup in Ghana if the controversial e-levy is passed.

The Police in a statement said his “post contained a clear statement of intent with a possible will to execute a coup in his declaration of intent to subvert the constitution of the Republic”.

BOST Board Reacts To ‘Wreath Laying’