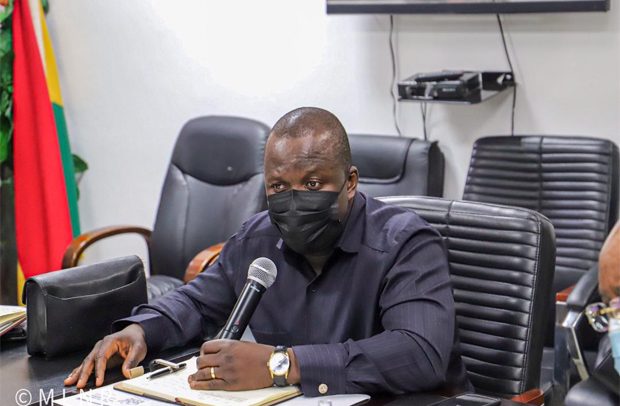 The Minister of Lands and Natural Resources, Samuel Abu Jinapor, has expressed concern about the rapid rate of the depletion of forest cover in the country.

He said Ghana’s forest cover which was about 8,200,000 hectares in 1900 has reduced drastically to 1,600,000 hectares which translates into some 80 percent depletion rate due to indiscriminate destruction of the environment.

As a result, the minister said the government was rolling out the Green Ghana Project, spanning a period of five years in the bid to plant more trees aimed at restoring Ghana’s forest cover.

He said under the Project, the Green Ghana Day which will see a national launch on Friday, June 11, 2021, about five million trees, mostly economic trees, will be planted nationwide.

“Basically on that day we are asking Ghanaians to come out in their numbers to support the exercise,” he said about the Green Ghana Day, adding that trees seedlings will he made available to malls, markets, and other institutions.

He said some 1.2 million Ghanaian students from primary level to senior high will be engaged in tree planting, adding that “we want to build a level of consciousness in our country where tree planting becomes part and parcel of the Ghanaian public life.”

The minister said that one Friday, President Akufo-Addo will plant a commemorative tree at the Jubilee House and the Vice President, Dr. Mahamudu Bawumia will follow in planting trees.

The Speaker of Parliament, Alban Bagbin will lead MPs to plant trees. He stated that the Chief Justice, the Asantehene, Okyenhene, as well as top clergymen and other cleric and institution heads among others will all plant trees.