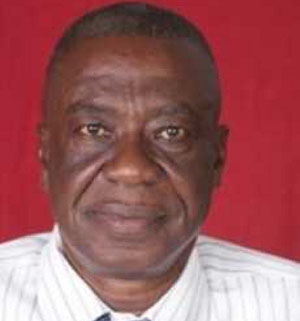 Sections of residents in the region, particularly NPP supporters, are reportedly calling for the dismissal of the MMDCEs for failing to work assiduously during their tenure of office, leading to the poor electoral performance of the party in the 2020 general election.

But Lawyer Agyen, speaking on Peace FM, is insisting that the MMDCEs worked very hard for the parliamentary candidates, government, party and the people, and deserve to be allowed to continue their work.

The former MP implored President Akufo-Addo to give the MMDECs the opportunity to assess their achievements, shortfalls and re-strategise for effective stewardship in his second term of office.

He expressed optimism that the President would not discriminate against the MMDCEs who are at the grassroots, considering the fact that he congratulated and maintained the majority of the ministers who served in his past administration.

“If you have observed critically, most of the ministers President Akufo-Addo worked with in his first term have been maintained not because they were all perfect but because they worked to the best of their abilities, given the circumstance as first timers in appointment,” he said.

Lawyer Agyen said he would not support those calling for the removal of all MMDCEs in the region for non-performance, stressing that those persons might have their own reasons but he believed that if they (MMDCEs) had worked against government, the NPP would have lost the elections.

He wondered why three of the MMDCEs namely Alhaji Alidu Seidu, Mohammed Salisu Bamba and Joseph Gyamfi Owusu, who contested the Asawase, Ejiura Sekyeredumase and Sekyere Afram Plains seats respectively would lose, although they were popular.

“They were all parliamentary candidates as well as MMDCEs but they all lost. The question is: did the three candidates campaign against themselves or their counterparts in the other parts of the Ashanti Region worked against them?” he quizzed.

He did not rule out a general problem of friction that often exists between an MCE or DCE and a Member of Parliament in the execution of their jobs.

Lawyer Agyen, however, pointed out that the leadership of the NPP was not satisfied with the votes the party won in the region in the 2020 elections, considering that the region was the heart of the NPP with active voters.

In his view, attitudes put up by some party executives in the various constituencies during the primaries, which displeased hundreds of party faithful, could be one of the factors that led to NPP’s poor performance in the elections.