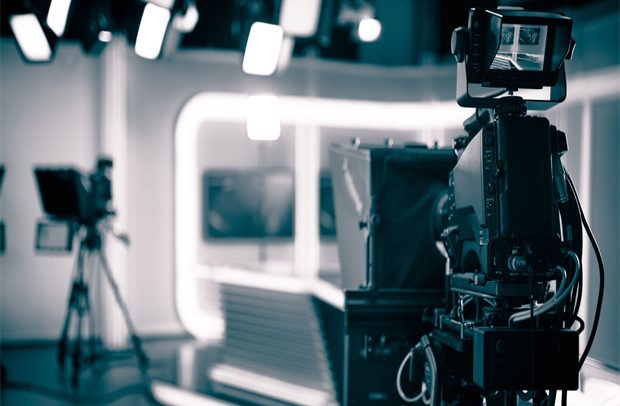 In this our motherland, regulating the content of the broadcast and electronic media has become illusionary. It is set up to fail. And in its present form, it will forever fail. This, I have talked and written many times over. I still say it is so, virtually written in stone, that satisfactory regulation of content will always be elusive given the current lip-service regulatory system.

The reasons for the impossibility of regulating content, needful that it is, is simple. Mechanisms that define regulatory structures and boundaries for bodies of regulation are so faulted that those bodies have become more dysfunctional than functional. They all cannot function because all the bodies are set up to fight over turf rather than cooperate, or have a coordinating mechanism that will make content regulation effectively implementable.

Battling to sanitise content was lost in 1996 when the executive successfully muscled away and restored the ministerial power it had constitutionally lost to the National Media Commission (NMC). Proponents and advocates of the freedom of the media won, when the NMC was enshrined in the 1992 Constitution. Nevertheless, an executive, unwilling to concede any of that power, quickly created the National Communications Authority (NCA) to steal for itself the power handed the NMC to regulate content.

The NCA legislation yanked away the NMC’s power to issue and regulate the utilisation of broadcast frequencies. The 1992-2000 (deepened during 2009-2016) NDC government had orchestrated it all, spuriously because of a global trend (ostensibly attributed to ITU recommendations) of frequency to be managed as a national asset. That government falsely held that the NMC couldn’t muster the technical wherewithal for that task.

Truth is, the government, as disburser of our common kitty, had the responsibility to resource the NMC to acquire whatever technology it needed to perform the regulatory task. Meanwhile, that same government had given power (which belongs to the NMC) to the NCA to raise user revenue to fund its activities.

To steal the frequency for its members, the NDC government (1992-2000 & successor 2009-2016) classified broadcast frequency as top security issue to keep non-members out. Frequencies were dished out to the congressfolk. A few extras were discovered when technology improved post 2009. Sometime in 2016, someone sent me a list of frequencies for sale, with some in Accra going for over one million USD per frequency.

Today, what’s the law is an enabling legislation that takes authority for regulating media content from the constitutional body (NMC), hands it over to a ministerial control unconstitutionally and asks the minister to consult the NMC to regulate content. The NCA swears it has nothing to do with content; just money making from telcos and other users along with communication infrastructure. That is absolutely oxymoronic.

There is something seriously wrong with that arrangement. So any minister who thinks content needs to be regulated by the NMC must first advise his own government to restore the power of the NMC to regulate content. Otherwise, he and others will talk about sanitising content forever. Nothing will change.

The NCA which has the power to stop frequency use always runs away from regulating content by pointing at the NMC accusatorily for not doing its job. On the other hand, the NMC will always say it has been deprived of the ultimate power of stopping content being aired with no control over frequency authorisation.

Its been a backdoor move with the original National Communications Authority Act, 1996 Act 524 crudely designed as a blunt assault on the Constitution. Section 9 of that Act, directly contravened Article 162(3) of the Constitution. Sadly, ɔsonomma were content to feign improvement with the National Communications Authority Act 769, 2008, with which they mopped up the crumbs of frequencies leftover after the congresspeople’s earlier raid.

That means the two dominant political forces are in cahoots over government control of the means for communicating with the citizenry when any such control is prohibited by Article 162(3) of the 1992 Constitution. Neither has shown its commitment to ensuring content is wholesome and never unwholesome.

The NCA law: ‘14. Ministerial responsibility and directives,’ empowers the Minster of Communications to be doing things possibly antithetical to what the NMC is empowered to do. The Minister of Information who is blaming the NMC for not regulating television content, is nowhere in the law.

The NCA subsidiary legislation states: ‘2. The object of the Authority is to regulate the provision of communications services in the country.’ It’s given the power to [[[grant communication licence (3c of its Act). By NCA Act 3(d), it only requires the constitutional NMC with its Article 166 mandate to be only consulted for the inferior NCA to make a decision that belongs to the NMC.

[[[NCA is to 3‘(c) grant communication licence; (d) regulate and monitor licensees, holders of frequency authorisations in consultation with the National Media Commission [and even that to do so or consult] where appropriate’ (emphasis mine). I don’t see either the NMC or NCA regulating content anywhere in that!

A practical solution to the content regulation conundrum would be to hive off NCA’s frequency regulation remit and vest that in the NMC. The logic is the body that regulates the frequency regulates the content. Even better, make the whole NCA a unit of the NMC. The latter cures the convergence myth that broadcasting and telecommunication are so intertwined that their operations can’t be separated.

It’s all a riddle of how much authority is involved in a constitutional commission relating to a ministerial exercise of a mandate through an authority which another ministry would complain about. The whole business began with congress’ obsession with treating the frequency matter as primarily a security issue while enabling its members to commercially profit from it. See how a Supreme Court’s ‘Montie’ content moderating attempt was brazenly sabotaged by a congress president.