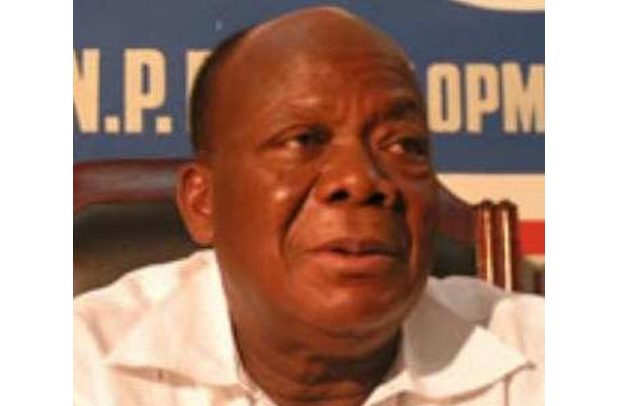 The founding member of the NPP died on Wednesday, August 3, 2022 after a short illness.

He was a former Minister of Transport and Communications in the Second Republic.

His family is yet to a announce burial and funeral arrangements.

Mr. Esseku was born in
Krobonshie, Senya Beraku, in the Central Region.
He had his primary education at Senya Beraku Oma School and went on to the Accra Academy, where he obtained his Cambridge school certificate.
He attended the Kwame Nkrumah University of Science and Technology and continued to the University of Ghana, Legon, as a Texaco scholar for a degree course in economics.

While at university, he held the offices of President of the Commonwealth Hall Junior Common Room (JCR) in his second year and President of the Students’ Representative Council (SRC) in his final year.
He was also President of the International Association of Students in Science and Economics (AIESEC).

He began his career in teaching chemistry at his alma mater, the Accra Academy, in 1957.
In 1958, he became the Higher Executive Officer in the office of the Government Statistician. He worked with the Pioneer Tobacco Company (British American Tobacco) in the marketing department as a sales promotion manager for the Brong Ahafo and the three northern regions.
He also started his own business, which has operated in transport, distribution and commerce.

At 35 years, Harona Esseku became the youngest Cabinet Minister in the Busia government, in charge of Transport and Communications; a ministry which by 2008 had been split into four Cabinet Ministries namely Transport; Communications, Aviation and Railways and Harbours.

He was married to Janet Esseku, a Ghanaian broadcaster who worked with the Ghana Broadcasting Corporation (GBC).