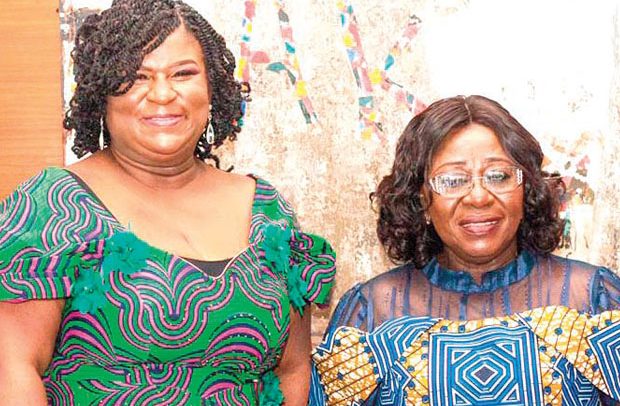 Ghana’s first female Chief of Staff, Madam Akosua Frema Osei-Opare last week narrated the factors which have accounted for her success in an appointment that is male-dominated.

“Many will ask how I survived in this male-dominated field. I will say it’s been the grace of God that has taken me this far. “Secondly, I am highly motivated by my Boss. His Excellency the President is a hands-on person, a worker, believes in possibilities, and gives no room for barriers. He has also over the period offered his unflinching support and confidence in my work and that has made the journey smooth so far,” she revealed.

She also acknowledged the support and cooperation from the rank and file of the government appointees and party leadership.

She was telling her story during her keynote address when the Leading Ladies Network celebrated its 11th anniversary in Accra.

Continuing on her survivability factors, she pointed at “perseverance, determination, hard work, and the zeal to succeed.”

Hard work pays, she stressed, adding “I applaud all others who are blazing their own trails in other sectors. Most recently, Africans around the world celebrated the appointment of Dr. Ngozi Okonjo-Iweala as the first African and first female Director-General (DG) of the World Trade Organisation (WTO).”

This, she said, has raised the bar even higher for the next generation of women leaders.

Women, she went on, play important roles in the international economy and therefore they are indispensable in nation-building.

She acknowledged the positive role of the network whose eleven years of existence she said has impacted the lives of women and supporting their development as leaders.

“I am told the organisation has a membership of 11,300 persons across Ghana, Nigeria, Rwanda, Uganda, Kenya, South Africa, the United States, the United Kingdom, and the United Arab Emirates. I am impressed to see a woman, Madam Yawa Hansen-Quao championing this cause,” she said.

Statistics, she said, show that most organisations fold up within the first five years of their establishment. This has not been so with the Ladies Network, which as an organisation “continues to operate”.  She encouraged the network to keep building and impacting more lives.

She described the theme of the anniversary “Seasons of Seismic Shift” as unique and appropriate “considering the times we now live in.”

COVID-19 has impacted rather disproportionately on the lives of women even as the world endures a season of global economic shift. This, she went on, “calls for women to position themselves for better opportunities especially, in public service, as nations benefit when women rise into positions of public leadership.” On closing gender gaps especially in public life, she said “it is a critical issue for countries seeking to foster inclusive growth and build trust in public institutions.”

Women in public service, she observed, have traditionally occupied what are called “soft sectors”, like education and health.

She was quick to add however that “I am pleased to see that women are breaking into previously unchartered territory. I am privileged and proud to have become the first female Chief of Staff of this great Republic.”