From Jehu To Doumbouya… Anatomy Of Coups 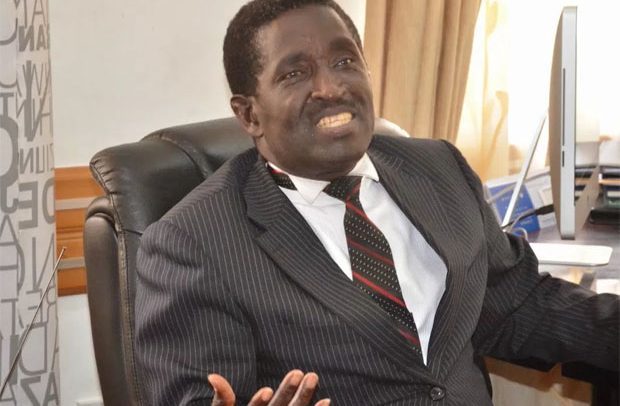 According to recorded history, the first military man to stage a coup against established authority was JEHU who after being amounted as King of Israel gathered some Captains around him and killed the King, Joram, and took power.

Timing is vague, but make it circa 500 years before Christ.

From Jehu, all across the ages, in literally every Kingdom or state, there has been countless Generals or military men who have turned their guns at the very political authority who appointed them, seized power and become the new royalty.

In fact a study of History is a study in large measure of endless strongmen who have seized power and dictated political sanity, until the latest in recorded time, Sunday 5th September 2021 when the Commander of the elite presidential bodyguard, Colonel Col Mamady Doumbouya of Guinea turned

his guns at the President, Professor Alfa Conde and declared him overthrown from power.

Elizabeth Ohene, no doubt a celebrated leading write of all time recently wrote a famous piece: “Good coup, Bad coup” and concluded that “NO COUP IS GOOD – Period”.  I agree over thousand per cent with her.

In James Clavell’s famous must read book, “SHOGUN”, he puts words in the mouth of Lord Toranaga to the effect that “poison, betrayal, murder, treachery,   are all age old weapons of war.”

If there is any soldier reading me, mark my words, it is NEVER in any man’s interest to take up arms to seize political power, it does NOT pay. Because coups beget coups. Rebellion begets rebellion, and the story continues, and infinitum.

In Liberia, West Africa, Staff Sergeant Samuel K. Doe – not even a commissioned officer, got some equally junior officers around him, and in 1980 they seized power in Liberia.

In less than a year, Doe fell out with his best friend, also a Sergeant, promoted Major General, Wey Sian, Army Commander, seized him, interrogated him for SEVEN hours and declared him guilty of subversion and straight away sent him to firing squad. It was a chilling scene on television, seeing bulldozers cover the grave of Major General Wey Sien, a popular darling boy of the coup.

What happened eventually to Sgt. Doe? He was captured by rebel leader Prince Johnson and he was executed in a most macabre manner – his ears chopped off and a knife at his neck, disgorging the head from the body. Terrible.

All the four young majors who masterminded the first military coup in Nigeria in January 1966 and brought to power General lronsi had disastrous ends. General Murtala the flamboyant leader who removed General Yakubu Gowon was killed on Friday 13th February 1977 by Lt Col. Dinka who was executed by firing squad. Coups beget coups.

What happened to them? In April 1967 Lt. Arthur of Recce Regiment based in Ho tried to topple the National Liberation Council Government killed General Kotoka and the coup leader, Arthur and Yeboah were both executed by firing squad.

Colonel Acheampong, CO of SBN, favoured by K.A. Busia and made 1 Brigade Commander plotted and removed him on January 1972.

All his cronies had disastrous ends, and Afrifa was brought from retirement and lined up and executed.

Coups beget coups. In 1969 a young Captain, Muammar Gaddafi, took power and abolished the monarchy and dominated Libya for over 40 years, trying to rewrite political ideology with his “Third Theory” of JAMAHIRIYA” – people’s state – where in fact he, his many children, family and friends dominated.

He was killed in a terrible manner. Take any history book and read the story of coup leaders, it has the same end – Mobutu Sese Seko, General Nasser, Captain Strasser of Sierra Leone- the list is endless.

And now, Colonel Doumbouya of Guinea. I even pity the man – you, a soldier – what do you know? Probably past staff college, but do they teach “Political Administration” in staff college? You think everybody is like you, thinking about the ‘good’ of the country? “Progress” and’ Prosperity” “Honesty” and ‘selflessness”?

Elizabeth Ohene wrote something very true: that when soldiers are in power, they give political cover for their civilian appointees to loot with reckless abandon. In Ghana today, most of the richest many boys in NDC made their millions from being doglike saints of the PNDC era ….. lawyers, politicians pretending to be technocrats, statesmen and what have you.

Give Doumbouya maximum two years – if he can survive 2 years – a new ruling class of technocrats making money in the name of “Revolution” “house clearing” and whatever would have emerged.

It is not only civilians who are poisonous, treacherous, murderous and traitors – it is as old as human nature, but even more pronounced in limitary regimes.

There is a country called CHILE in South America. In 1973, I was in upper six, Achimota School- soldiers took power in Chile, under Army Commander LT General Augusto Pinochet, who killed the President, Salvador Allende, and bloodily wiped out hundreds of politicians.

Years later, about 30 years or so, the political atmosphere changed, and all those involved in the Pinochet coup were arrested and tried for high treason. See them almost 100 years old retired General Pinochet, ailing old man, struggling to walk, on television, as accused person!!!

Reader, NO COUP IS GOOD. If you want political power, join a political party and try to ascend the political stairs, God being your helper.

Special Court For SF Drug Dealers In The Offing