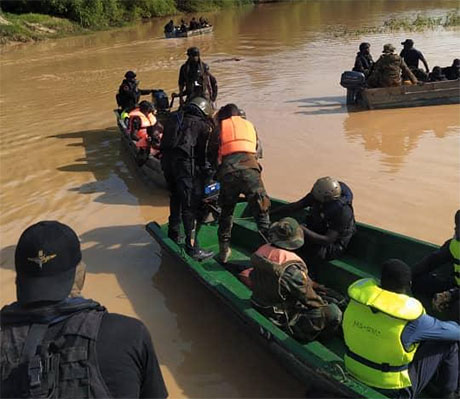 Operation Halt II is aimed at removing all persons and logistics involved in mining on water bodies.

A statement dated May 7, 2021, signed by Information Minister, Kojo Oppong Nkrumah, said “the new phase of the operation focuses on the tributaries of the Pra river which have also been significantly affected by the activities of illegal miners.”

According to the statement, “the Ghana Armed Forces has also commenced armed patrol of the Pra river itself.”

The statement added that the operation was being undertaken by 400 men all ranks.

It therefore warned that “the public is advised to stay away from mining in water bodies to avoid any action by the forces.”

The New School Opens In Accra