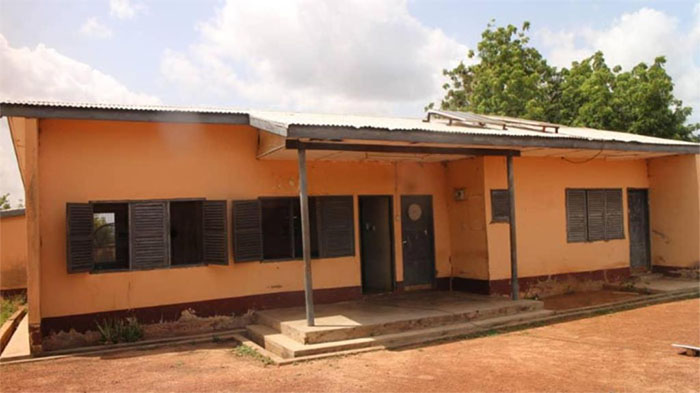 The Gbeo CHPS Compound in the West Mamprusi Municipality has been shutdown.

The health facility was compelled to shutdown due to lack of medical supplies.

DGN Online learnt that the facility has not been supplied with medicine for months due to the expiration of the National Health Insurance Scheme accreditation at the health facility.

The facility’s NHIS accreditation expired since April 2018 and has since not been renewed.

DGN Online gathered that the Municipal Health Directorate indicated that there was medicine available but due to the expiration of the accreditation of the Gbeo CHPS Compound , they cannot supply them with medicine.

The lack of basic medicine and equipment at the facility has forced residents of the community to travel some seven kilometres from Gbeo to the Upper East Region in search of healthcare.

The entire Gbeo community do not have a chemical shop to serve the community members.

Health workers have been compelled to write prescriptions to patients to go to a health facility in the Upper East or Walewale in the West Mamprusi Municipality to get access to medicine.

The facility, which is the first CHPS Compound in West Mamprusi has not seen any facelift since its construction.

This has left the structure in a deplorable state.

A nurse stationed at the CHPS compound at Gbeo, who spoke to DGN Online on condition of anonymity, revealed that even paracetamol and gloves cannot be found in the CHIPS compound.

“We don’t have the logistics and what it takes to deliver health to the residents,” he indicated.

The nurse explained that a letter was written to the health directorate in the municipality for renovation of the CHPS compound but to no avail.

Residents told DGN Online that the facility is not serving its purpose.

The West Mamprusi Municipal Chief Executive(MCE), Abu Mohammed, in an interview with DGN Online, said most CHPS compounds in the municipality were not accredited with NHIS and that the assembly had released funds for the municipal director of health to accredit such facilities.

He indicated that the assembly was working hard to ensure that health delivery becomes effective in the municipality.