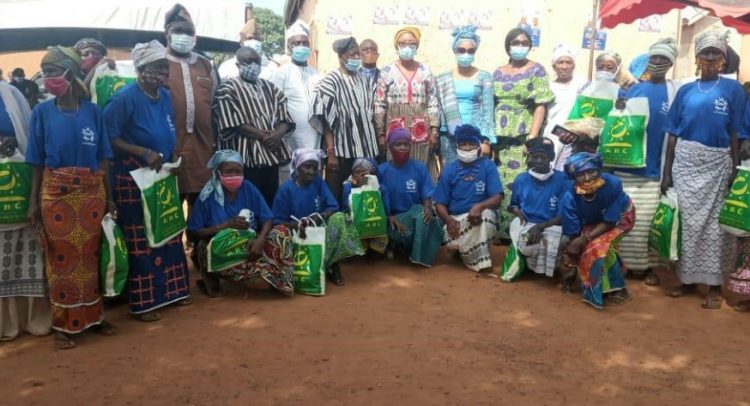 Minister for Gender, Children and Social Protection, Cynthia Mamle Morrison, has announced plans by her Ministry to adopt a three-pronged approach to address witchcraft accusations, violence against alleged witches and wizards, and disband witch camps in the Northern part of the country.

She said the three-term approach would help to resolve challenges alleged witches faced including; reintegration, stigmatisation, re-accusation of witchcraft and the threat of death and violence in their communities.

She made the announcement when she visited and presented food and other assorted items to inmates of the Gambaga witch camp, in the East Mamprusi Municipality of the North East Region.

The items included; bags of rice, bags of maize, tubers of yam, some loaves of bread, gallons of cooking oil, cartons of tomato paste, mattresses, hand sanitizers and nose masks among others.

The donation was in response to an appeal made by inmates when the Minister visited some camps in the Northern and North East regions, earlier this year.

Madam Morrison said in the interim, the Ministry would provide basic needs to inmates, including; cash transfer, valid National Health Insurance Scheme (NHIS) cards and other assorted items to improve on their wellbeing.

The Minister noted that for the medium term, the Ministry would link inmates to social intervention programmes such as the Livelihood Empowerment Against Poverty (LEAP) to improve on their living conditions.

“As you can see, the residents are already being enrolled onto and provided with valid NHIS cards. Their current poor sanitation conditions and access to water supply will be improved and they will receive psycho-social support from the Department of Social Welfare”.

For the long term, she said steps would be taken to disband the camps in the Northern part of the country and ensure victims were reintegrated into their communities.

“The disbandment will be preceded by engagement with key stakeholders of their respective communities, extensive community sensitisation and empowerment of residents.

The long-term measures will promote the acceptance of the return of the inmates, eliminate the incidence of witchcraft accusations and its associated violence”, she added.

Meanwhile, the Minister cut the sod for the construction of a mechanised borehole to provide potable water for inmates of the Gambaga camp.

Sampson Laar, Go Home Project Coordinator at the Gambaga who spoke on behalf of the inmates, expressed gratitude to the Minister for the intervention, and said they were happy to receive the items.
GNA