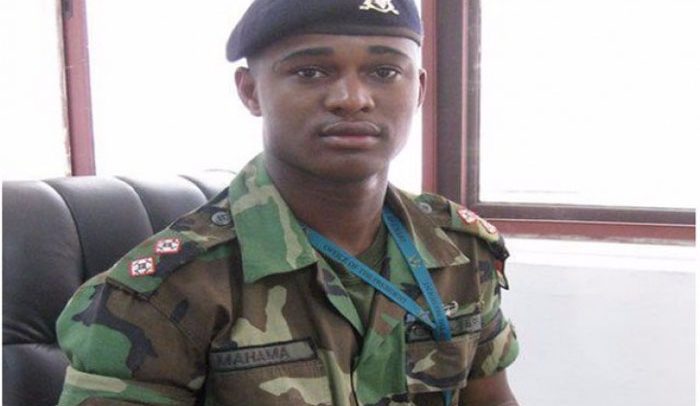 Parties in the trial of 14 alleged murderers of the late Major Maxwell Adam Mahama have agreed for the trial to resume on December 10, 2020.

The parties agreed that hearing notices should be sent to the Prison Authorities for the release of the accused for continuation of the trial.

Chief State Attorney, Evelyn Keelson told the GNA that looking at the numbers of the accused, there should be some arrangement at the Prison, where they could be screened after each court appearance.

At the last sitting on February 28, 2020 before the outbreak of the COVID-19 in the country, the court admitted a video recording of how the late Major Mahama was allegedly murdered by the 14 persons now standing trial and directed that it should be shown in open court on March 17.

This was after the court had dismissed an objection by the defence, when the prosecution sought to tender the flash drive containing the video as evidence.

Earlier, Chief Inspector Samuel Agyakwa, an investigator in the case, told the Court that the video contained details of how the late Major Mahama was allegedly murdered, but the defence objected to the tendering of the video.

The witness, who was then being led to give his evidence in chief, by Evelyn Keelson, said it was revealed that the following; William Baah, John Boasie, Bismarck Abanga, Kwadwo Anima, and Donkor Bismarck were not in the video.

He said apart from those mentioned above, the rest were seen in the video hitting the late Mahama with implements like sticks, cement blocks and metal bars.

“My investigations also revealed that Charles Kwaning and Kwesi Asante were the ones who shot the late Major Mahama,” the witness added.
He said after the investigations, it became known that William Baah, John Boasie, Bismarck Abanga, Kwadwo Anima, and Donkor Bismarck used their fists to attack the deceased.

The investigator told the Court that after watching the video, he copied it on a pen drive and with the assistance of a crime scene expert; they captured crime scene shots from the video.

Fourteen persons are standing trial at an Accra High Court over the killing of Major Mahama, who was an officer of the 5th Infantry Battalion, at Burma Camp.

The late Major was on duty at Denkyira-Obuasi in the Central Region when on May 29, 2017 some residents allegedly mistook him for an armed robber and lynched him.

The mob had ignored his persistent plea that he was an officer of the Ghana Armed Forces.