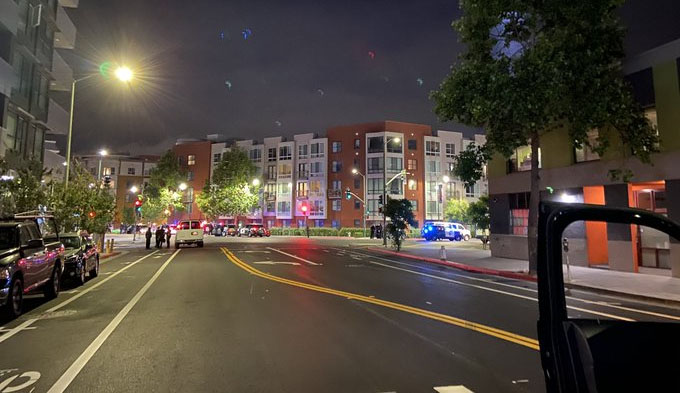 More than 4,000 people have been arrested across the US in connection with wild protests over George Floyd’s murder.

At least 40 cities have also reportedly imposed curfews.
Additionally, as protests spread across the US, the US National Guard has accordingly been activated across 15 States as well as Washington DC.
George Floyd was an unarmed Blackman killed by a white police officer named Derek Michael Chauvin.

Chauvin was seen in a video that has since gone viral, kneeling on George Floyd’s neck for 8 minutes 46 seconds, leading to his death.

Derek Michael Chauvin was later charged with third-degree murder and manslaughter.
However, protesters believe the charge isn’t harsh enough, and are demanding charges for the other officers involved.
Arrests began on Tuesday, May 26.
Floyd died on Monday, May 25, 2020.

Thousands of people around the world have marched in solidarity with George Floyd protesters.

People in Denmark, UK, Germany, and other places, held placards over the weekend as they joined a spontaneous Black Lives Matter march at Trafalgar Square in London to protest the death of George Floyd on May 31.

On Sunday morning, protesters gathered at Trafalgar Square in London, to show their support.

A total of 23 protesters were reportedly arrested for a series of offenses including breaches to coronavirus legislation.

The cities included Auckland, Wellington, and Christchurch.
Protesters also gathered in Berlin, Germany, in front of the US Embassy on Saturday and Sunday, holding signs that bear slogans of the Black Lives Matter movement like “I can’t breathe” and “No justice, no peace.”

Protests are also being planned this coming week in Australia. One is scheduled in Sydney on Tuesday, one for Brisbane on Saturday, for Melbourne on Saturday, and more. Thousands have marked themselves as attending in each of the protests’ Facebook event pages.

Meanwhile, shots have reportedly been fired at a police building in Oakland, California after midnight local time in Oakland.

All Set For Ghana Beverage Awards

Awards Not My Focus – Patience Nyarko