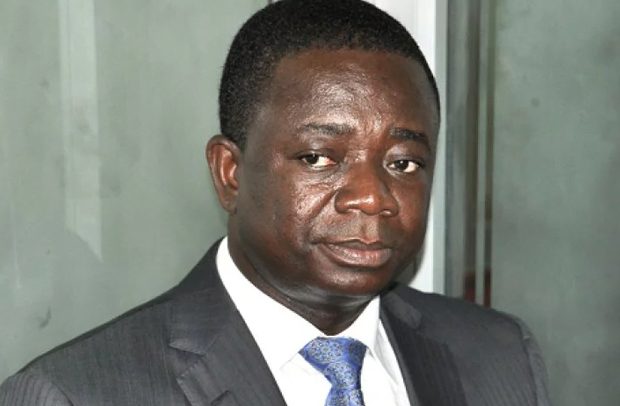 Lawyers for former Chief Executive Officer of Ghana Cocoa Board (COCOBOD), Dr. Stephen Kwabena Opuni and private businessman, Seidu Agongo and his company, Agricult Ghana Limited, have filed notices of appeal challenging the decision of an Accra High Court ordering them to open their defence respectively.

The accused persons, who are standing trial for allegedly causing over GH¢217 million financial loss to the state, were ordered by Justice Clemence Jackson Honyenuga, a Supreme Court judge sitting as an additional high court judge, to open their defence after he found that the prosecution had made a prima facie case against them.

Appearing before the court yesterday, the Director of Public Prosecutions (DPP), Yvonne Atakora Obuobisa, stated that the prosecution had not been served with the application seeking to challenge the judge’s order and said Samuel Codjoe, counsel for Dr. Opuni, had just shown it to her in the courtroom.

The application was scheduled for May 27, 2021, but both the defence lawyers and the prosecution agreed and abridged the date to May 26, 2021, to hear the application for stay of proceedings.

Meanwhile, the court has heard that Dr. Opuni is indisposed, hence his absence from court yesterday when the case was called.

Seidu Agongo however, was present in court.

Dr. Opuni, the first accused person, was expected to open his defence yesterday after the court had held that the prosecution was able to lead sufficient evidence that he abetted Seidu Agongo to defraud the state by false pretences among others.

But his lawyer, Samuel Codjoe, yesterday, told the court that Dr. Opuni visited the University of Ghana Medical Centre where he was referred to see another specialist.

The DPP, Mrs. Obuobisa told the court that she had just been given a copy of the medical report but having looked at it, it appeared to be rather vague as it did not give any time to guide the proceedings.

She added that such excuse duty letters usually give the number of days the accused person would be away.

Nutifafa Nutsukpui, counsel for Seidu Agongo and Agricult, also indicated that he had not seen the medical report but to the extent that it had to do with a medical issue, the court may indulge Dr. Opuni to obtain the required medical assistance he needs.

Justice Honyenuga then adjourned the matter to May 26, 2021.

Together, they are accused of causing a financial loss of over GH¢217 million to the state through the sale and purchase of the controversial Lithovit Liquid Fertiliser for cocoa, which the prosecution has insisted did not follow the testing standards.

The reason for the judge ordering the accused persons to open their defence on 24 out of 27 charges as pushed by the prosecution are contained in a ruling on their respective submissions of no case filed at the registry of the high court, as indicated by the judge on May 6.

At the trial, the Attorney General’s Department has charged Dr. Opuni as the 1st Accused person (A1), while Agongo and Agricult have been charged as 2nd and 3rd Accused persons (A2 &A3) respectively.

There were seven Prosecution Witnesses (PW) in the case.

After the prosecution closed their case, Dr. Opuni, and Agongo together with his Agricult Ghana Limited, filed separate applications, asking the court to acquit and discharge them because they said the prosecution was not able to establish any prima facie case against any of them through the seven Prosecution Witnesses that testified.

Their lawyers in their respective submission of case applications argued that the prosecution failed to adduce evidence to prove any of the numerous charges levelled against the accused persons.

In Dr. Opuni’s application filed by his counsel, Samuel Codjoe, the first accused person said among other things that he has no case to answer on the “basis that no evidence has been led by the prosecution to establish any or all of the ingredients of the offences for which 1st accused is standing trial.”

He further argued that “it is our case that the prosecution has failed to make out a sufficient case to warrant calling 1st accused to open his defence.”

Seidu Agongo and his Agricult Ghana Limited, the company that entered into the Lithovit transaction and for which reason it has been charged alongside the owner (Agongo), are pushing that “while there is generally no evidence against the 2nd accused person (Seidu Agongo), what little evidence the prosecution purported to have offered against the 3rd accused person (Agricult Ghana Limited) on any of the charges had been very much discredited during cross-examination or otherwise so manifestly unreliable, rendering any such evidence of the prosecution unsafe so that this honourable court cannot reasonably or safely rely on same to convict the applicants herein in the absence of an explanation from them.”

The Attorney General’s Department rebutted the claims of the accused persons and insisted that they have adduced sufficient evidence to compel Dr. Opuni, Agongo, and his Agricult Ghana Limited, to open their respective defence.

The AG contended that state prosecutors were able to prove all the elements in the 27 charges levelled against accused persons, and urged the court to dismiss the applications for submission of no case filed by the accused persons and order them to open their defence respectively.

The prosecution said that contrary to assertions made in the accused persons’ submissions of no case applications, the evidences of the prosecution witnesses were not in any way discredited under cross-examination, and their evidence remain credible and reliable.

The court after weighing the arguments, ordered accused persons to open their defence on 24 out of 27 charges pushed by the prosecution in a ruling on their respective submissions of no case filed at the registry of the court.

In the 89-page document, the court held that the prosecution was able to adduce evidence to show that the ex-CEO abetted Agongo and Agricult to defraud COCOBOD, a state agency, and therefore, should open their defence at the ongoing trial.

The judge said the prosecution has been able to convince the trial court that Dr. Opuni, Agongo and his Agricult Ghana Limited, ‘willfully caused financial loss’ to the state and have to open their defence respectively to explain their actions.

“Taking a cue from the definition of ‘willful’ and in the circumstances of this case, it is safe to conclude that the 1st, 2nd and 3rd accused intentionally engaged in a conduct which injured the state financially,” the judge held on Page 60 in his 89-page ruling on the respective applications for ‘submission of no case’ filed by the three accused persons.

The judge in his ruling had explained on the charge of abetment of fraud that Dr. Opuni was the one that forwarded CRIG’s final report on Lithovit Foliar Fertiliser to Agricult, a report which did not make any references to any Lithovit Liquid Fertiliser and therefore, knew the nature, form and composition of the fertiliser and how it was to be applied.

Justice Honyenuga also held that there is evidence to show that Dr. Opuni however, on February, 2014, sent quotations to Agongo to supply and deliver 700,000 litres of Lithovit Liquid Fertiliser “when he knew that this liquid Lithovit Fertiliser was not tested by CRIG and approved by COCOBOD and that what was tested was Lithovit® Foliar Fertiliser in powdered form from Germany.”

He added that Dr. Opuni knowingly aided Agongo and his company to defraud COCOBOD as the company could not have supplied the Lithovit Liquid Fertiliser instead of Lithovit® Foliar Fertiliser if A1 had not requested for it.