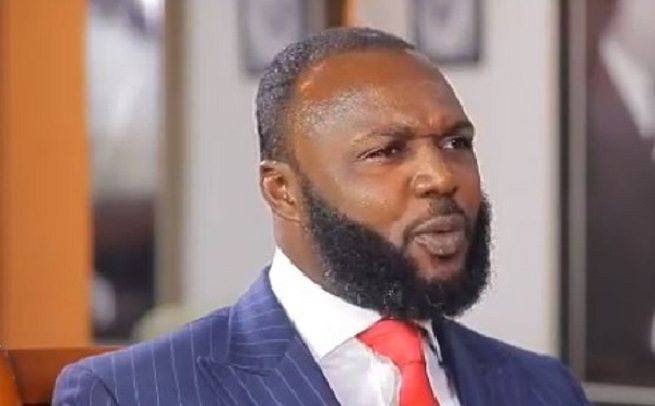 An Accra High Court yesterday warned it will revoke his bail and incarcerate him if his lawyers do not cooperate with the court in the ongoing trial.

The court presided over by Justice Eric Kyei Baffuor, a Justice of the Court of Appeal sitting as an additional High Court judge, issued the warning after lawyer for the embattled businessman failed to file a witness statement on his behalf as ordered by the court last year.

Yesterday was not the first time his lawyer failed to file the documents in the trial in which Mr. Essien and the defunct bank’s former Managing Director, Fitzgerald Odonkor as well as Tetteh Nettey, a former Managing Director of MC Management Service owned by Ato Essien, are before the court charged with 23 counts of conspiracy to steal, stealing, and money laundering.

The three are alleged to have misappropriated a total of GH¢620 million liquidity support given to the bank by the Bank of Ghana (BoG) as bailout to enable it service its maturing debt.

The accused persons, according to the prosecution, allegedly opened various bank accounts with Capital Bank through which the GH¢620 million BoG liquidity support were transferred to while others were carried in jute bags (Ghana Must Go) to Ato Essien as payment for ‘business promotion.’

The court on November 25, last year, ordered Mr. Essien to file his witness statement as well as those of any witnesses he intended to call  by December 7, 2021, after the court expressed concern about the ‘snail pace’ at which the accused person was giving his evidence-in-chief.

The accused was initially giving oral testimony but failed to show up in court and the court was told that he was suffering from sleep apnea, a potentially serious sleep disorder in which one’s breathing repeatedly stops and restarts.

Baffuor Gyau Bonsu Ashia, who held brief for Thaddeus Sory as Ato Essien’s counsel, told the court that they were unable to file the documents because there were certain documents they requested from the Receiver of the defunct bank which they were yet to receive.

The court subsequently gave him additional two weeks to file the witness statements and adjourned the trial for case management.

Mr. Bonsu Ashia, appearing before the court yesterday, indicated that they were not able to comply with the court’s orders because they only got the requested documents on January 12 in the evening.

He, therefore, prayed the court to grant him another adjournment to enable them attach what he described as “vital documents” to the witness statement.

The prosecution led by Marina Appiah Opare, a Chief State Attorney, said they were prepared for the case management as scheduled but was not opposed if the court allows the accused person the two weeks requested to file the witness statement.

Justice Kyei Baffuor, who was visibly unimpressed, said the lawyer could have used a subpoena to obtain the documents from the person who was unwilling to release them.

He then turned to Mr. Essien and told him that he as a judge has the power to rescind his bail and put him in custody until the end of the trial if his lawyer fails to comply with the orders of the court.

The judge also expressed worry about the manner in which criminal trials are conducted in Ghana, which usually take a very long time to complete compared to other jurisdictions where even trials on indictment are concluded over a short period of time.

Justice Kyei Baffuor said a time will come when what he referred to as “anachronistic Act 30” (the Act that regulates criminal proceedings in Ghana), will be overhauled.

“I will hold in abeyance the invocation of the powers vested in the court to moderate and control its proceedings and extend the time for two more weeks for the first accused to comply with orders of the court,” he said as he reluctantly adjourned the trial to January 27, 2022.