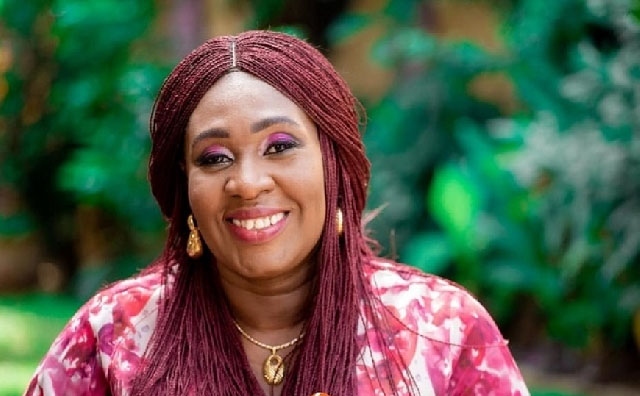 The prosecution in the case of former Chief Executive Officer of Microfinance and Small Loans Centre (MASLOC), Sedina Christine Tamakloe Attionu, has asked the court to hold her trial in absentia.

Ms. Tamakloe Attionu travelled to the United States last year but has failed to return to stand trial for the GH¢93m scandal at MASLOC during the tenure of Ex-President John Mahama and his NDC administration.

Ms. Tamakloe Attionu and a former Operations Manager of MASLOC, Daniel Axim, are standing trial for causing financial loss to the state to the tune of GH¢93m.

The two accused persons are facing 78 counts of charges including conspiracy to steal, stealing, unauthorised commitment, among others.

The court had granted Ms. Attionu leave to travel to the US and was expected to return to court on October 6, last year, but she failed to do so and the trial judge, Justice Afia Serwaa Asare-Botwe was compelled to issue a warrant for her arrest, and subsequently adjourned the matter to November 16, 2021.

The accused person still failed to return to the country when the case was called in November last year, and the case had to be once again adjourned to yesterday, January 10, 2022, with the hope that she would have returned.

But appearing before the court yesterday, her lawyer, Kwesi Agbesi Dzakpasu, indicated that his client has not returned to the country and he does not know about the state of her health.

Counsel also told the court that he did not have her address in the United States.

In the circumstance, the prosecution led by Stella Ohene Appiah, a Principal State Attorney, urged the court to hold the trial in absentia.

She said her lawyer does not know about her health condition neither did he know when she was coming back to Ghana.

She indicated that the case is a criminal trial and Ms. Tamakloe is just trying to avoid being tried.

She said the prosecution has just two hours to cross-examine the ex-MASLOC boss.

Mr. Dzakpasu however, replied that his client did not just go to the US on her own but rather made a formal application which was granted by the court and, therefore, pleaded with the court to give them some time for her to return.

Justice Asare-Botwey adjourned the matter to January 25, 2022 to see “what happens.”

Both Ms. Attionu and Mr. Axim are in court for allegedly stealing, causing financial loss to the state to the tune of GH¢93 million, among other charges.

Together, the two are facing 78 counts of charges including conspiracy to steal, stealing, unauthorised commitment resulting in a financial obligation for the government, improper payment, money laundering and contravention of the Public Procurement Act.

The two accused persons allegedly stole a total amount of GH¢3,198,280 while at MASLOC and willfully caused a GH¢1,973,780 financial loss to the state.

Again, Ms. Attionu and her accomplice while in charge of MASLOC allegedly made unauthorised commitments resulting in financial obligations for the government to the tune of GH¢61,735,832.50, according to the prosecution.