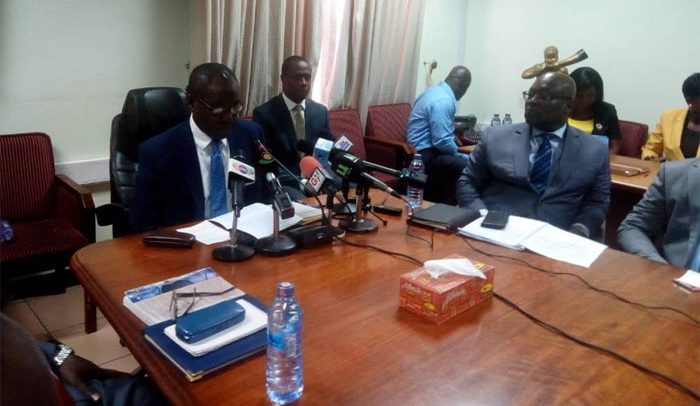 Ghana and Cote d’ Ivoire have agreed to establish a cocoa Stabilisation Fund.

The Fund is expected to be established under the Cocoa initiative of both countries provided for in the Charter.

Chief Executive of Ghana Cocoa Board (COCOBOD), Joseph Boahen Aidoo, made this known to the media on Monday, July 8, 2019, in Accra.

Addressing the media at the COCOBOD head office, he revealed that both nations have agreed to set up a secretariat in Ghana and that Cote d’ Ivoire would be responsible for appointing an executive secretary for the secretariat.

Mr. Boahen Aidoo disclosed that two accounts are to be set up for each country within the Secretariat in Accra.

According to him, “any extra value above $3,000 CIF or $2,900 Gross FOB of the Achieved Average will be placed in these accounts.”

He explained that “the only mandate for the disbursement from these accounts will be for the sole purpose of supporting the Achieved weighted Average if it falls below $2,300 CIF or $2,200 Gross FOB.”

According to him, the two countries further agreed that farmers in both nations would be guaranteed a minimum of 70 percent of the floor price of $2,600 price FOB, $2,700 CIF per tonne.

He indicated that this minimum producer price would be legislated in both countries.

The rest of the amount, he said, would be used for corporate social responsibility, including the construction of more cocoa roads.

The essence of the Stabilisation Fund, he said, was among other things, to cushion cocoa farmers in both countries in terms of price drought on the terminal market.