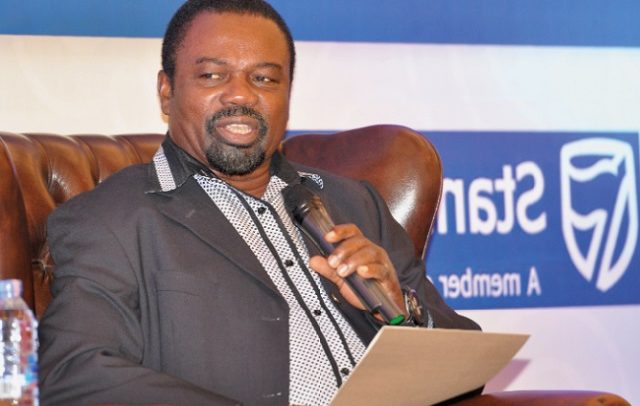 The Dean of Ghana Armed Forces Command and Staff College (GAFSC), Dr. Vladimir Antwi-Danso says Ghana is an experimental bloc of real democracy in the world, having found a middle ground on completely opposite forms of democracy and making it the centre of its society.

According to him, the equal strength of numbers in Parliament, 137-137, for both the ruling New Patriotic Party (NPP) and the opposition National Democratic Congress (NDC) has deepened consensus building and strengthened Ghana’s democratic credentials.

“137-137, there is no democracy in the world like us, and this is as a result of consensus. Government cannot say this is what we want, and the opposition cannot say we will always oppose. This is the type of democracy we want,” he stated.

Speaking at the commemoration of this year’s UN International Day of Democracy in Parliament on Thursday, Dr. Antwi-Danso said a “central paradox exists between conflict and consensus,” and added that “the paradox is here. Ghana is an experimental bloc of real democracy.”

He argued that democracy is not more than a set of rules for managing conflict and said “this conflict must be managed within a certain limit and results in compromises and consensus or other agreement that all sides accept as legitimate.”

The GAFSC boss said that one side of the equation could threaten the entire arrangement, pointing out that “if groups perceive democracy as nothing more than a forum in which they can press their demand then society can shut down from within.”

“If the government exerts an excessive pressure to achieve consensus, fighting the voice of the people can be crushed from above,” he added and continued that there is no unique solution to the conflict other than consensus.

For him, democracy is not a machine that runs by itself once the proper principles are inserted, and that a democratic society needs the commitment of the citizenry who accept what he called the usability of intellectual and political conflict as well as necessity for tolerance.

“It is important to recognise that many countries in a democratic society are not between clear sides of right and wrong but deeply within the interpretation of democratic rights and social priorities,” Dr. Antwi-Danso said.

He said the citizens of democracy must take the steps to ensure society is safe, while state actors must set the agenda for the crystallization and consolidation of democracy, noting that agenda setting is the biggest role of the state actors.

He stated that a “ballot does not stop bullet”, and therefore state actors have the responsibility to ensure there is a democratic culture where everyone understands, believes and participates in the process by making education a vital component of managing society.

“There is a direct connection between education and democratic values. Effective democracies are dynamic, involving some of the governments that demand independent decisions by the citizenry.”

Dr. Antwi-Danso intimated that the opportunity for positive social and political change rested in the hands of civilians, stressing that educating “the mundane and the gullibility” is the way to go.

“People may be born with an appetite of personal freedom, but they are not born with knowledge about the social and political arrangements that give them false hope,” he averred, and added, “that thing must be acquired; they must be learned.”

He said learning about democracy begins in school and continues through a series of involvement in civil engagements and the curiosity about the many kinds of information in a free society.

The Member of Parliament (MP) for Madina, Francis Xavier-Sosu said the role of state actors and civil societies is to ensure the preservation of a society’s democracy, guarantee respect for individual rights and freedoms, and ensure that resources are used in an efficient manner to achieve maximum benefits for the citizenry.

According to him, to achieve sustainable peace, the role of state actors and civil societies in understanding and ensuring a balance in efforts to consolidate Democracy (a system based on majority rule), and respect for individual rights, including minority rights, presents a fundamental obligation and critical challenge, and hence, the need to achieve and ensure inclusiveness in a democracy.

“Democracy, in my view, remains the best system of governance for societies and organizations around the world, particularly because democracy allows for diversity, tolerance and openness to change,” he asserted.