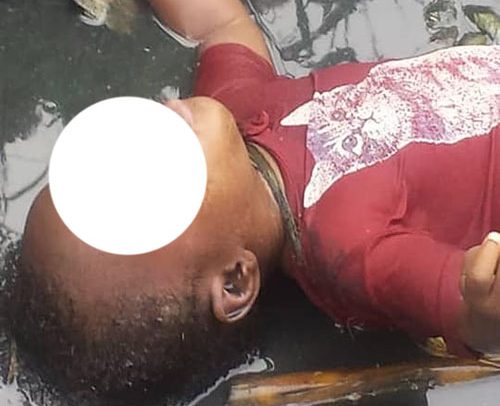 A TWO year-old girl has been found dead, raising suspicion that she was killed for ritual purposes.

Her body was found in a big gully full of water at Apatrapa, a suburb of Kumasi, on Friday morning.

Eyewitnesses alleged that her tongue was cut away, but the police are yet to confirm their allegation.

Two different names — Ama Serwah and Maame Yaa — have so far surfaced as the girl’s name.

According to reports, some assailants broke into a house in the area and they took away the young girl on Thursday.

Barely 24 hours after the girl had been kidnapped, her body was found lying in a big gully in the area, sparking fear and panic.

DAILY GUIDE gathered that the young girl’s body had since been deposited in a morgue, awaiting autopsy.

Meanwhile, the police in Kumasi are said to have commenced investigations to help arrest the culprits and are doing everything possible to get to the bottom of the matter.