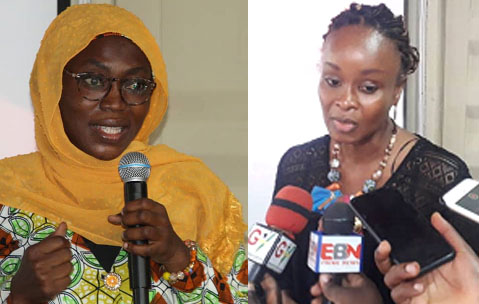 Female technocrats within the Technical and Vocational Education Training (TVET) sector have asked girls to strongly stand against gender stereotypes that tend to inhibit their desire to pursue certain career paths in the technical and vocational fields.

They also asked young women with passion to acquire technical, vocational skills and training in male-dominated fields and not be deterred by negative remarks associated with their personal decisions.

This happened at the opening of a two-day gender empowerment programme held under the Youth Africa Works initiative in Accra on Wednesday under the theme “Wiring Females for Jobs in TVET.”

The programme, which was organised by the DTI in collaboration with the Mastercard Foundation under the Young Africa Works initiative, also sought to bridge gender disparity by increasing enrolment of young girls and women in TVET.

The Chief Executive Officer (CEO) of the Design and Technology Institute (DTI), Constance Swaniker, who led the female technocrats said, “Just because you want to work in male-dominated space does not mean you should appear looking like a boy. We are females, we should not forget our femininity.”

She also urged young girls to be assertive and probe why certain areas of TVET such as sewing, catering and beadmaking have been dominated by females while most technical areas such as electrical and mechanical engineering are male-dominated, saying, “This is to be achieved through awareness creation on the numerous opportunities that existed for women in the sector.”

A member of Women in Engineering (WIE), Madina Seidu Adams, who is also a technical Instructor at the Electricity Company of Ghana (ECG), observed that changing the narrative of male domination in technical fields would require young girls to be assertive and have the right attitude to face challenges.

These challenges, she noted, come in the form of opposition from male counterparts at work as well as societal pressures.

She further encouraged them to stay focused and keep learning so as to remain relevant in their chosen fields of endeavour saying, “Women are not their own enemies. As women, let’s work together to achieve results.”