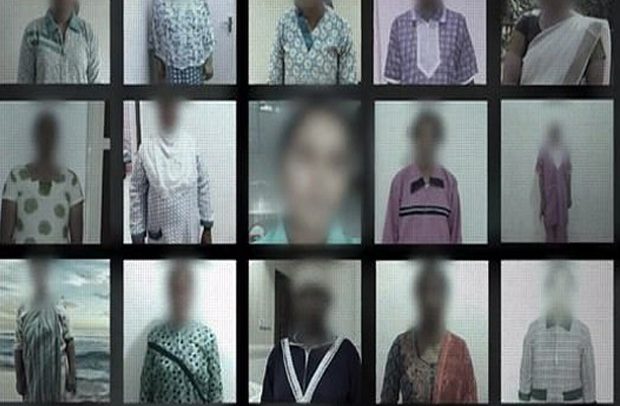 The sale of girls online in Kuwait and other Arab countries is worrying.  That these are areas where our female compatriots are is enough signal for us to squirm in our seats after reading the aforementioned headline.

Ghana Immigration Service personnel at the Kotoka International Airport recently received some of these deported girls from Saudi Arabia and other Arab countries. Their harrowing stories said it all about what they endured at the hands of the sex-starved Arabs who know not what human dignity is as far as black girls are concerned.

Advertisements such as ‘Good Black Girl Will Do Anything For You’ are some of the lines which are used to advertise these West African girls.

We would have thought that since most of these girls share the same faith with these Arabs, they would show some decency to them as the Islamic scriptures demand of them. Not so, however, as the average Arab regards our girls with contempt, with their mindset hinged on the pre-Islamic days when black slaves were imported from Abyssinia, the descendants of who are now part of the minority segment of these countries. For them, the black girls who come to work for them are mere slaves who do not deserve the dignity their Arab counterparts are entitled to.

A recent BBC exposé showed a Guinean girl being sold out through a special online market for slaves. Call it modern day slavery online and you would not have goofed.

Although the exposé led to the eventual return of the girl to her native country and the blocking of the website the online slave dealers have mutated accordingly, knowing full well that the world is watching them.

Interestingly, the Kuwaiti authorities feigned ignorance of the occurrences and promised to deal with those behind it, according to the BBC.

Several girls are still living in bondage in these countries and we can bet that some of them are Ghanaians; their passports having been seized by their owners, a standard practice for new arrivals, to prevent them from fleeing. There are no efforts by the local authorities to mount surveillance at homes to find out whether their nationals are still engaged in the illegality.

Our girls are still as vulnerable as they used to be many years ago when details of the inhuman treatment they are subjected to had not made it to the media. Although the media advertisements which preceded the recruitments are no longer as widespread as they used to be, they have by no means ceased.

Ghanaian authorities, a few years ago, placed a ban on the recruitment of domestic helps from the country for work in the Gulf countries.

We are unable to tell whether the ban is still on. We would rather that a more stringent way of dealing with those found to have encouraged or participated in the engagement of our girls for work in the aforementioned countries.

Education too, as we said in a previous commentary, is necessary to stop vulnerable girls from falling prey to unscrupulous agents who make money from the number of girls they manage to lure into the slave-rating world of Arab domestic labour.

Our missions in the aforementioned countries can update us periodically about the prevailing situation against the backdrop of the BBC exposé.

The ‘Unprecedented Road Network’ Built By The NDC