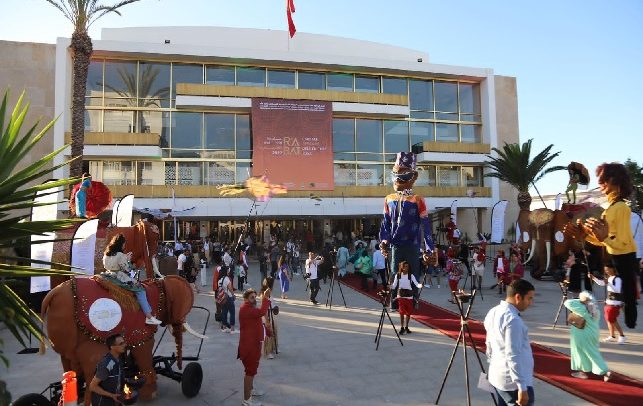 Rabat has officially been launched as the Capital of African Culture at a glittering ceremony held in the city’s Mohammed V Theatre.

This was the official celebration of the February 2020 decision when the Committee of African Capitals of Culture officially announced the choice of Rabat as the Capital of African Culture for 2022-2023.

A large concert highlighted the jam-packed program put together by the Ministry of Youth, Culture and Communication under the high patronage of His Majesty King Mohammed VI.

The befittingly glamorous opening ceremony, supported by the Organisations such as United Cities and Local Governments United of Africa, the wilaya of Rabat-Salé-Kenitra region, the prefecture of Rabat and the City Council of Rabat, was marked by the presence of several officials, ambassadors and representatives of the diplomatic corps accredited to the Kingdom.

In an opening speech delivered on his behalf, the Minister of Youth, Culture and Communication, Mohamed Mehdi Bensaid welcomed the news of Rabat being named as the capital of African culture under the patronage of His Majesty King Mohammed VI.

“It reflects the special interest that His Majesty grants to the African dimension of the Kingdom and the importance of strengthening relations between our country and our African brothers,” he said.

The Minister added that the celebration of Rabat as the capital of African culture is an opportunity to present to the world the bright face of the ancient African civilization, and to highlight the deep Afro-Moroccan ties.

Mr. Bensaid further shines the spotlight on the great development that the city of lights is experiencing as one of the major African and world capitals, with a global renaissance that combines the most beautiful aspects of originality, modernity and African cultural diversity.

According to the Minister, the celebration of Rabat as the capital of African culture is also an opportunity to highlight the richness and diversity of African culture, with its tangible and intangible components, through a diverse cultural, artistic and heritage program that reflects the value of this great cultural event.

For her part, the Mayor of Rabat, Ms. Asmae Rhlalou, said that the capital of the Kingdom will be, for a whole year, a cultural and artistic African destination, since the activities of this celebration will continue until May 2023, and will know the presentation of the best creations in various arts.

Rhlalou added that the city of Rabat is rich with its diverse tangible and intangible cultural heritage, highlighting the role played by the pioneering royal project – ‘Rabat, the capital of lights’. This magnificent project which has provided the city with state-of-the-art infrastructure, is ready to host major international cultural events.

United Cities and Local Governments of Africa President, Fatimou Abdel-Malik, said her organization is at the forefront of celebrating capitals of African culture. She said they further strive to make culture in African cities a vector to reconfirm the sense of belonging and self-respect.

The United Cities and Local Governments of Africa President said they take pride in promoting African creativity and beauty, as well as integrating the artistic activities and creative industries on the international arena to positively influence the continent.

Abdel-Malik stressed that the choice to make Rabat the first city to be celebrated as the capital of African culture, is a recognition by the leaders of the organization of the efforts made it has made, which combine authenticity and modernity with openness to the world.

She described it as a showcase for all that is done in Africa in the field of creativity, culture and arts.

The program of celebrations of Rabat as capital of African culture, includes the organisation of activities and events in the fields of literature, poetry, visual arts, music, theatre, cinema, street arts, dance, digital arts, fashion shows, photography, folk arts, storytelling, circus arts, in addition to forums and intellectual meetings, among others.

The different activities will be organised in all the historical spaces, public squares and all the neighbourhoods of the city of Rabat, with the participation of cultural events representative of the civil society and an important participation by different national public institutions concerned with cultural affairs.