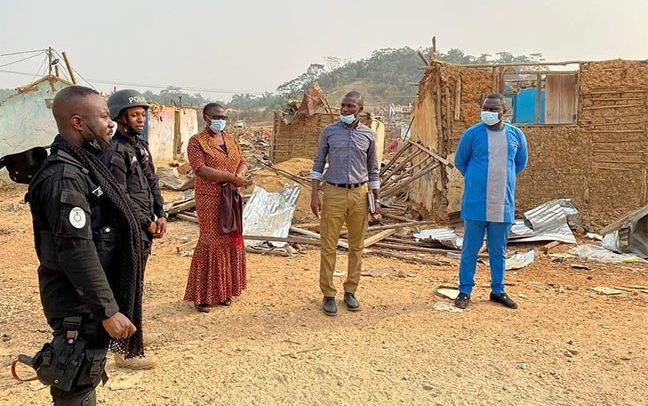 The Ghana National Petroleum Corporation (GNPC) has revealed its plans give Apeatse, the exploded community near Bogoso in the Ashanti Region educational and infrastructure support.

This among other initiatives, build new 6-unit and 3-unit classroom blocks to serve as Primary and Junior High school blocks respectively to support the rebuilding of Apeatse community which now lies in ruins after it was hit by an explosion caused by a vehicle reportedly transporting explosives last week.

The GNPC Foundation which spearheads the Corporation’s CSR mandate has said that it will also, under a special dispensation program, support families in the area by enrolling qualified students from Apeatse unto its scholarship program to lessen the financial burden of parents in the area. 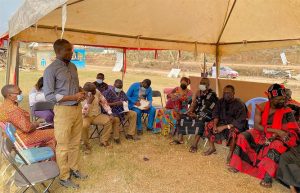 This was made known by the Executive Director of the GNPC Foundation in an interaction with the chiefs and community leaders when he led a team on a visit to assess and gather, at first hand, the current state of the community and its people with considerations on possible areas of intervention to help rebuild the community and support lives of the people.

Dr. Eduah indicated that despite the tragic incident, the education of children in the community could not be put on hold and hence the decision to facilitate the quick return to academic life and also support their wards who are qualified to study in various disciplines at the undergraduate and postgraduate degree levels.

The engagement with the community’s leaders also revealed that the community lacked a befitting toilet facility and used a dilapidated mud structure to serve that purpose. The GNPC Foundation will also, therefore, construct a new 12-unit sanitary facility to improve health and hygiene conditions. 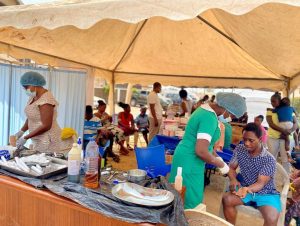 The Municipal Chief Executive of Prestea Huni Valley , Dr. Isaac Dasmani, on behalf of the chiefs and people, thanked GNPC for the support and pledged his office’s collaboration to ensuring the community is rebuilt and survivors supported to regain their livelihoods.