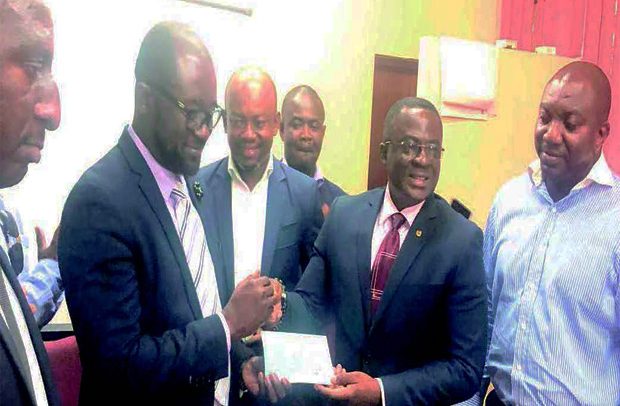 The GOC boss’ call stems from the ability of juvenile soccer to unite communities; a common practice in the past.

He said colts football went a long way to lift the spirit sportsmanship apart from it developing talents in communities.

At the $8,000 cheque presentation to the Black Meteors at the GOC secretariat yesterday, he said, “There was community ownership of colts teams and lifted the spirit of the game and eventually the love for national teams which must be brought back.”

The GOC chief also advised the GFA president to leverage on the Black Stars brand to support other junior national and female teams, particularly during international competitions.

He added, “Leaders must portray the unity of purpose that is required to develop sports to the highest level that the entire nation would be proud of.”

Mr. Okraku took Mr. Nunoo Mensah’s advice in good faith and promised to implement it to the fullest with the support of the Executive Council (ExCo).

The Dreams FC boss also called for a strong collaboration between the two outfits.

He commended the GOC for supporting the Black Meteors and was hopeful it would go a long way to motivate them to qualify for the Olympic Games for Japan in 2020.

“Every sporting discipline needs attention with regards to financial support and structures and we need to do our best to support the national teams to make us proud,” he stated.

Tema-Mpakadan Railway Completion Ahead On Schedule