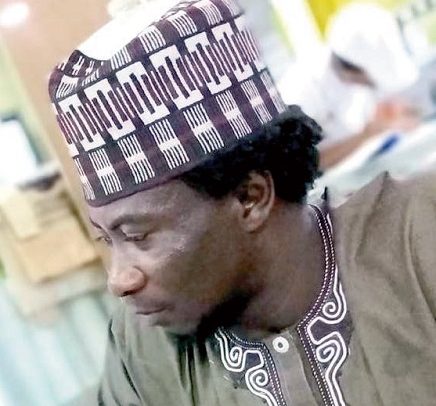 One of the stories in today’s issue is eye-opener as far as child upbringing is concerned. Failure to monitor our kids especially the girl-child can lead to dire consequences in their lives.

The story about a certain Mallam Mohammed and how he started an amorous relationship with a 13-year-old girl he was supposed to be bringing up morally as her teacher is one which should boggle the minds of parents and the many of us who cherish high standards of morality.

The question that should prick the conscience of responsible parents under the circumstances would be ‘how safe are our kids when such characters are engaged to be teachers without monitoring their activities?’

Being an orphan it would appear that the irresponsible teacher took advantage of the challenges she might have encountered by preying upon her as early as when she was thirteen. Goodness!

Unfortunately her grandmother with whom she lives could not see the overtures of the said Mallam Mohammed.

Perhaps a little observation could have exposed the bad teacher from the beginning; the  moral depravity he has plunged the girl into can only be imagined.

To start discussing marriage with the girl even when she was only 13 just showed how dangerous the man was.

The head teacher of the school the girl attended until the predator made a mess of it all has questions to answer about his supervisory role in the school.

School heads must observe the teachers employed in their schools and intervene when signs of misconduct begin to show. It would be irresponsible not to do so.

It is important that community leaders understand the law as far as defilement, rape and unauthorized abortions by unqualified persons are concerned.

To have lured a thirteen year old girl to have sex with him at that tender age is certainly a breach of the law let alone taking the pregnant girl to an unauthorised facility for an abortion to be undertaken.

Many defilement and rape cases have occurred without the law enforcement personnel knowing about them because so-called community leaders and elders have intervened and dampened them.

Such human predators should not live in society their place being in prisons where they could be reformed.

The IGP/Dr. George Akuffo Dampare has exhibited his usual leadership attributes by reaching out to the victim’s family at the Tesano Police Station with an assurance of support for the victim medically and legally.

The family’s fears as to whether or not they would receive justice or not have been allayed with the attention of the IGP now riveted on the case.

As for the quack abortion specialists operating in street corners of our suburbs the Ghana Medical And Dental Council should fish them out and hand them over to the Police.