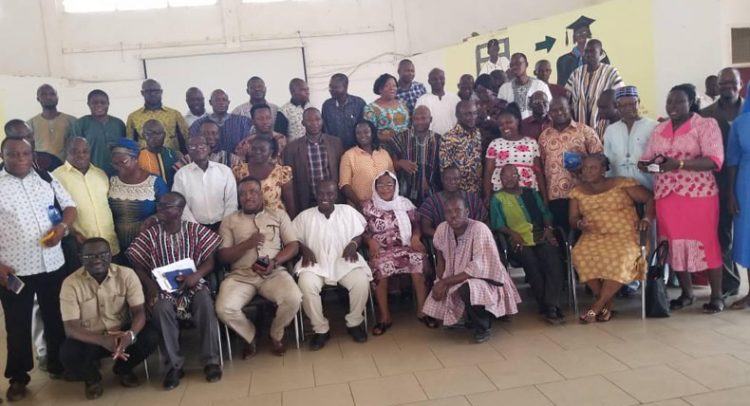 Some bursars heads of senior high schools in Tamale

The registrar of the Scholarship Secretariat, Kingsley Agyeman, has disclosed that to complement the Free SHS policy, the New Patriotic Party (NPP) administration has paid the outstanding feeding grant arrears inherited from the erstwhile National Democratic Congress (NDC) government.

According to him, currently, the government only owes a term’s payment in the sum of about GH?64 million.

Mr Kingsley Agyeman said the delay in the payment of the arrears was due to the late submission of claims by some headmasters and headmistresses.

He stated that early submission of claims would facilitate early payment.

He therefore, admonished bursars, headmasters and headmistresses to submit their claims early to avoid any delays in their payments.

Mr Agyeman gave the assurance that government would settle the arrears as soon as claims got to them.

This was made known in Tamale, the Northern Regional capital, when bursars and heads of government senior high schools were taken through a day’s training to equip them with the right skills to strengthen their internal systems to complement the smooth operation of the Free SHS.

The policy, a campaign promise made to Ghanaians in the run-up to the December elections, is aimed at providing quality, universal free basic education to every Ghanaian child of school going age.

It will be recalled that the headmaster of Tamale Senior High School and chairman for the Conference of Heads of Assisted Secondary Schools (CHASS), Shaibu Adams Wilberforce, revealed that the government owed feeding grant arrears in the northern schools.