Gov’t Fast tracks Projects To Meet May 1 Deadline To Relocate Appiatse Victims ..32 Structures Ready For Use 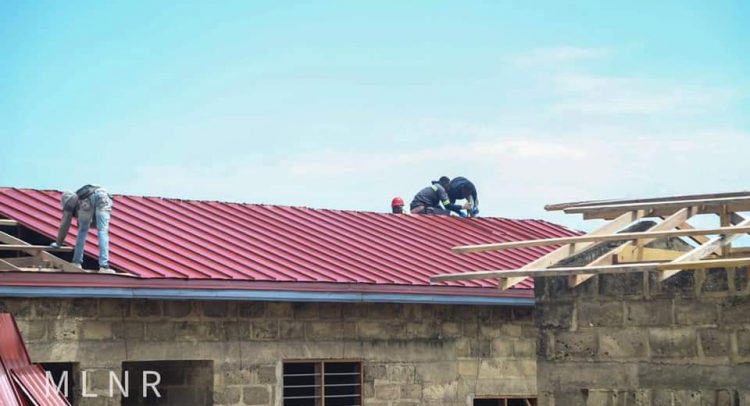 Hon. Benito Owusu-Bio, the Deputy Minister for Lands and Natural Resources (MP) has given the full assurance that the temporal structures being constructed for the residents of Appiatse will be completed by May 1, 2022. 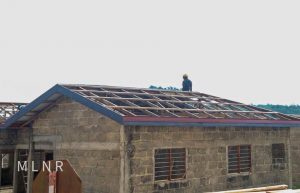 He is of a firm believe that the structures will be ready for use by the people on the stated date.

Speaking after a tour of the site on Thursday, April 21, 2022, Hon. Benito Owusu-Bio who doubles as the Chairman of the Appiatse Reconstruction Team disclosed that all 32 structures is readied for use. 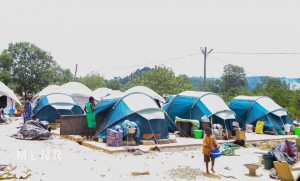 He said the Ministry and the committee will continue to accelerate works on the structures and other important logistics to help the affected persons deal with the incident.

Hon. Benito Owusu-Bio who is also the Chairman of the Appiatse Reconstruction Committee told the Journalists that the committee has directed the contractors working on the structures to upscale the labour force in order to meet the May 1 deadline. 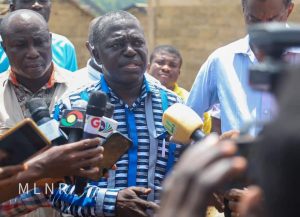 “Almost 30 of the buildings have been roofed and we have two more to make it 32. The doors have been fixed and windows and other things are being worked. We’ve asked the contractors to improve their labour force so that we’ll be able to finish in May which is our target”, he said.

Hon. Owusu-Bio also interacted with the residents, reiterating the desire of government to implement necessary measures to restore normalcy to the area.

He relayed the continued sympathy of government to them and urged them to exercise patience as the committee work around the clock to quickly fix the issues.

He also appealed to the community members to support persons working on the site and channel their grievances to the appropriate quarters.

Nana Atta Kojo Brembi II, the Divisional Chief of Beppoh said the community was full of praise for the Deputy Minister, Hon. Benito Owusu-Bio and the government for their dedicated service to the community since the unfortunate incident occurred.

He noted that work done by the Reconstruction Committee has been impressive so far and urged them to do more to improve the Livelihoods of residents.