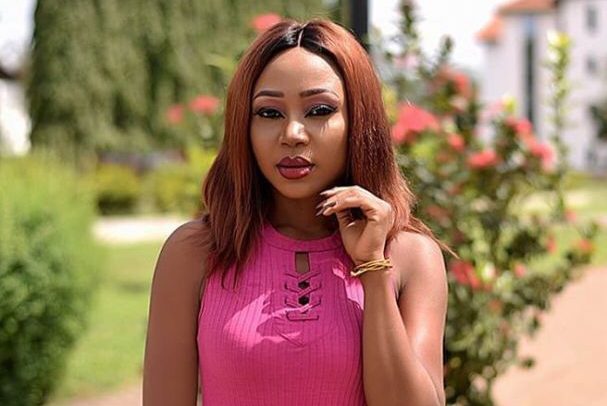 Socialite Akuapem Poloo has confessed to living a fake life for fame, clicks and validation on social media.

According to her, she deliberately showed someone’s car just to court public affection because of fame.

She borrowed the car and flaunted it to win attention and gain more popularity.
In an interview on the Delay Show, she said a recent Honda Civic vehicle she was flaunting on social media does not belong to her.

She added after borrowing the car, she personally customised it with the number plate ‘Poloo 1’.
“Delay, everything was for fame. It was someone’s car that I decided to brand it, Poloo 1,” she told a shocked Delay on the show.

Gov't Fast tracks Projects To Meet May 1 Deadline To Relocate Appiatse Victims ..32 Structures Ready For Use