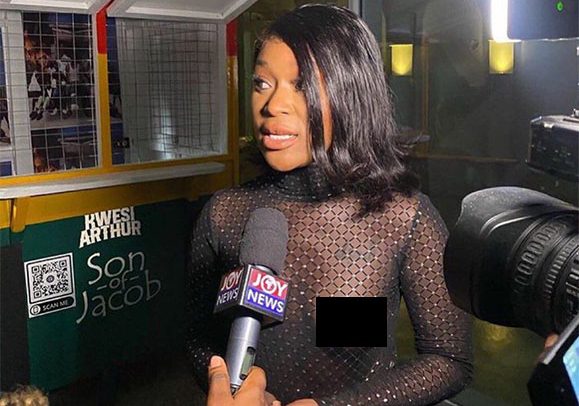 Actress and socialite, Efia Odo has been receiving a lot of backlash over her choice of outfit for Kwesi Arthur’s Son of Jacob album listening on Thursday night.

She wore a see-through black outfit that appeared as though it exposes her sexy breasts and nipples.

The dress exposed everything on her chest, making her chest a side attraction at the event.

Efia has since Thursday been trending on social media. While some social media users trolled her, others were left in shock.

Some persons have also called for her arrest for ‘indecent exposure.”

The beautiful young actress is known for wearing skimpy dresses but Thursday night was the first time she was showing off some obvious breasts to those who care to watch.