Gov’t Planning $6.3b For Climate Change 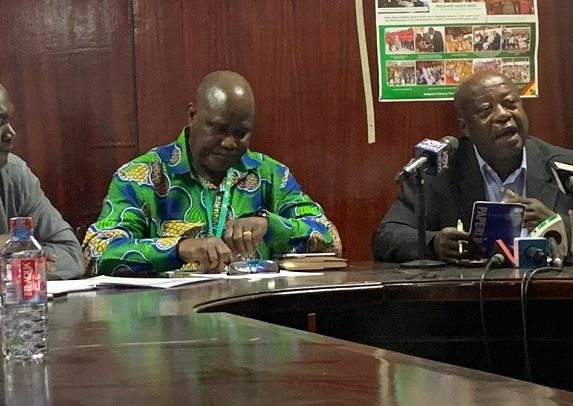 The Government of Ghana is to commit an amount of $6.3 billion for the implementation of programmes aimed at reducing the country’s carbon emissions by 15 per cent within the next 10 years.

The acting Director of Environment, Ministry of Environment, Science, Technology and Innovation (MESTI), Peter Dery, who disclosed this said the commitment was part of Ghana’s contribution towards addressing climate change.

Briefing the press on the outcome of the 25th Conference of Parties (COP) held in Madrid, Spain, last year, Mr. Dery said with additional support from external partners, Ghana could further reduce its emission by another 30 per cent, making a total of 45 per cent within the same period.

“Currently, we are emitting about almost 73 million tonnes per annum … we need about $22.6 billion to be able to meet this emission reduction target,” he said.

“These documents were submitted to the United Nations Framework Convention on Climate Change (UNFCCC) in December 2015 and that document serves as the commitment of the Government of Ghana to the UNFCCC. The document was also submitted to Parliament and it was rectified,” he said.

He further explained that the country was exploring various avenues, both locally and internationally, to raise the needed resources for the implementation of the programmes.

“Ghana has already started talks on a project with Switzerland to pilot Article 6 in the energy sector so we are looking at renewable energy and we are talking about solar specifically,” he pointed out.

He said the emission credit that would be generated out of the project would be transferred to Switzerland “and they will in turn pay us for those emission credits and the amount involved currently is about $20 million.”

Besides, Mr. Dery indicated the willingness of France to the Government of Ghana with about 2 million Euros in the area of climate adaptation known as ‘Adapt Action’ to support governance and climate change mainstreaming.