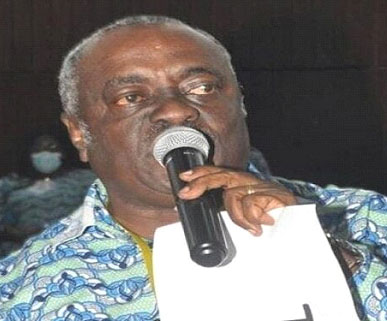 GOVERNMENT AND leadership of the Teachers and Educational Workers Union (TEWU) yesterday arrived at an agreement to settle the events leading to the indefinite strike action announced by the latter.

This was after a consultative meeting in Accra after TEWU’s indefinite nationwide strike which it announced on Wednesday.

The agreement signed between government and TEWU leadership centered on some three key issues which included risk allowance, promotion and non-basic allowance.

The agreement, among other things, stated that “on the issue of risk allowance, a job-revaluation should be conducted for members of TEWU who are exposed to imminent hazards.”

A joint statement signed by Dr. Edward Kwarpong, Chief Executive Officer of the FWSC, and Mr. Mark Dankyira Korankye, General Secretary of TEWU, indicated that “on the issue of promotion, the Secretariat of Vice Chancellors Ghana (VCG) should convene a meeting of Directors of Human Resources with the leadership of TEWU by Friday, January 15, 2021. That in furtherance of this agreement, the Secretariat of VCG should make available to the leadership of TEWU relevant documents relating to the issue before Friday.”

Furthermore, the agreement highlighted that “on the issue of Non-basic Allowance, consultations would be with the government on a certificate of urgency and the outcome conveyed to TEWU as soon as possible.”

Institutions that represented government at the negotiating table were the Ministry of Employment and Labour Relations, Ministry of Finance, Ministry of Education and Fair Wages and Salaries Commission.

Since June 2019, TEWU has been dialoguing with the Fair Wages and Salaries Commission (FWSC) to improve the conditions of service for its unionized staff in public universities. Such agreement expired in 2008.

TEWU has on a number of occasions accused the FWSC of dilly-dallying on its concerns submitted to it, but nothing came out of that until the agreement reached yesterday which is expected to provide some satisfaction to the union’s members regarding their conditions of service.