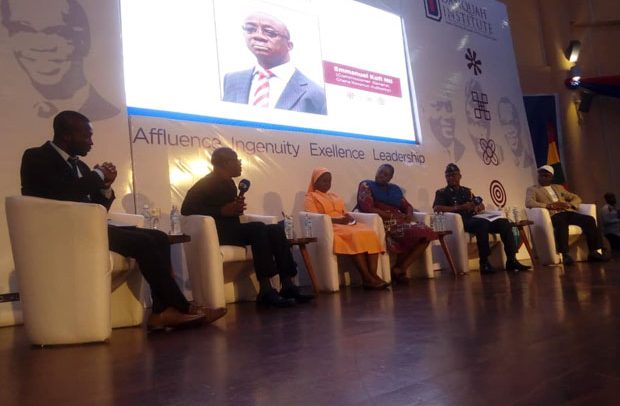 THE GHANA Revenue Authority (GRA) is hoping to increase the number of taxpayers in the country to about four million.

This the Authority hopes to achieve through the enrollment of people onto the Taxpayer Identification Number (TIN) by the close of 2019.

Commissioner of GRA, Emmanuel Kofi Ntim, made this known on Friday, May 10, in Accra at an Economic Forum organized by the Danquah Institute (DI).

According to him, as at December 2017, there were nearly 1.8 million people captured on the TIN.

He said in December 2018, the number of people on TIN was closer to two million.

The Commissioner indicated that upon taking office in 2017, the current management of GRA increased tax revenue from $5.8 billion in 2016 to $7.6 billion.

He says GRA was working seriously to increasing tax revenue.

He however complained that only one percent of tax revenue was coming from the informal sector, something that the Authority believe was too low and unacceptable.

Bridging the gap between the formal and informal in order to achieve the Ghana Beyond Aid vision, he added “we need to depend on ourselves the more.”

Chairperson for the forum, Prof. Eugenia Amporfu, an Associate Professor of Economics, Kwame University of Science and Technology (KNUST), said such high tax inequality between the formal and informal sectors was unsustainable.

She stated that the informal sector which employees about 80 percent of the labour force in Ghana, was important in generating tax revenue.

She urged that the one percent tax from the self-employed ought to be increased.

Nana On Cloud Nine For Spurs