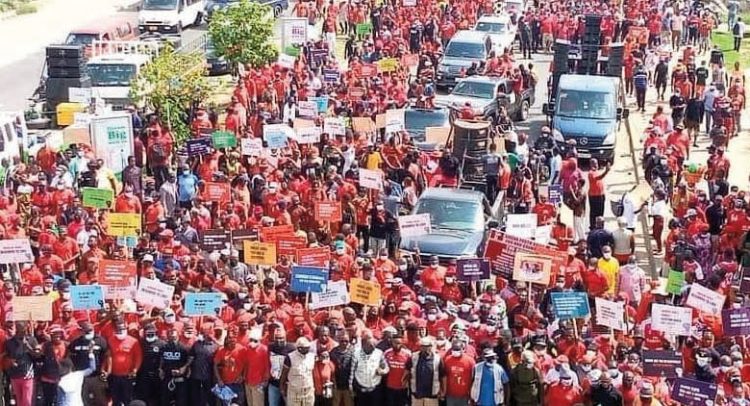 They have declared their intention to hit the streets of Accra on Friday November 26, 2021 to pile up pressure on both government and parliament to reject the 2022 budget statement.

According to them, the levy expected to kick-off January 2022 upon Parliamentary approval would bring hardship on Ghanaians than relief.

Addressing a news conference Monday November 22, 2021, spokesperson for the EFL Nii Ayi Opare questioned the rationale behind government decision to further tax the ordinary Ghanaian whose plight has already been worsened by the impact of COVID-19 and not the telcos.

“EFL questions why government won’t tax the telcos that already charge per each individual transaction on mobile money platforms. The group thus wants government to withdraw the decision immediately to save the ordinary Ghanaian,” he asked.

The group also faulted both NPP and NDC of being deliberately insensitive to the problems facing the ordinary voter who gave the government legitimacy to better their welfare.

The demonstration according to the organisers will begin from Tema station in Accra, through to parliament.