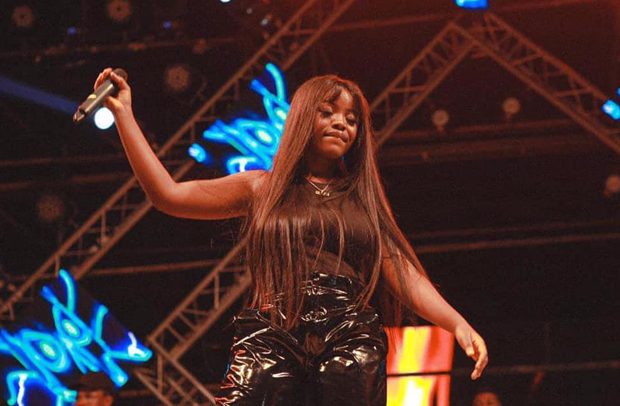 The musical concert brought together thousands of fans in and around Tanzania on one platform, who danced their hearts out to music from all the artistes billed for the event.

The concert also witnessed historic live performances from some selected acts such as Lapidoe, Focalistic, Blaq Diamond and a host of others, who mounted the stage one after the other to thrill the excited music fans.

BEATWAVES learnt that Gyakie, who was rated as one of the best performers, exhibited her singing and dancing skills during her live stage performance.

It was amazing how she connected with music fans in Tanzania, as they kept screaming for more after her performance on stage.

She treated music fans to a collection of her popular hit songs which include her hit single titled ‘Forever’, causing music fans to remain on their feet till the end of her performance.

Gyakie displayed different dance moves to the amusement of many who doubted her capabilities in stagecraft.

Taking to her social media, Gyakie expressed her gratitude to the people of Tanzania for the warm welcome and the love they showed her during her performance. She also revealed her intention to do this again when the time is right.

Having burst onto the Ghanaian music scene in 2019, the burgeoning songbird boasts of quite an impressive catalogue of relative hit singles within a very short time: ‘Control’, ‘Sor Mi Mu’, ‘Nana Nyame’, ‘Never Like This’, and the recently released ‘Whine’, arguably her biggest record yet!

Gyakie, who is the daughter of Ghanaian highlife legend Ernest ‘Owoahene’ Nana Acheampong, won the Emerging Woman of the Year award.

She recently revealed plans of collaborating with her father, Ernest Nana Acheampong, on some of her upcoming songs.

According to her, collaboration with her father has been part of her vision.