‘Hearts Has A Lot Of Work To Do’ 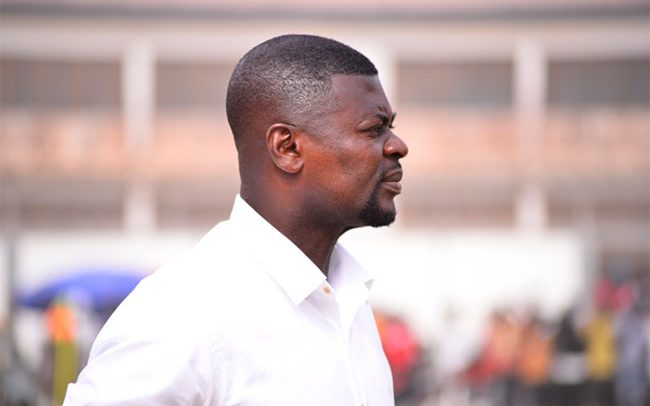 Hearts coach, Samuel Boadu, has admitted that there is more room for improvement in his set up.

The former Medeama trainer guided his side to a 2-0 win over Aduana Stars in Accra when the league resumed.

Sunday’s win makes it his second streak victory since taking over as the head coach few weeks ago.

However, Boadu believes his charges are not there yet tactically, and he expects that they (players) buy into his philosophy as soon as practicable.

He stated that the visiting side’s game plan made it difficult to effect their (Hearts) rehearsed tactics. That notwithstanding, he hailed the team for the results and promised to improve in their subsequent games.

The coach said after the game, “Tactically we have a lot of work to do. The players are now coping with my style and philosophy. It hasn’t been easy but I expect them to take things fast so we can improve on them.”

He added, “I love to attack always and also possess the ball most often but today was different. Aduana came with a strategy that made things difficult for us. They wouldn’t allow us to play our game.

“Fortunately for us, we created some chances and scored those goals. I think it’s quite good overall.”

Hearts, who travel to Obuasi to face Ashgold, are currently sitting third on the standings with three points adrift from leaders Great Olympics.