I Am Decent And God-Fearing; Not A Bad Girl- Benakay 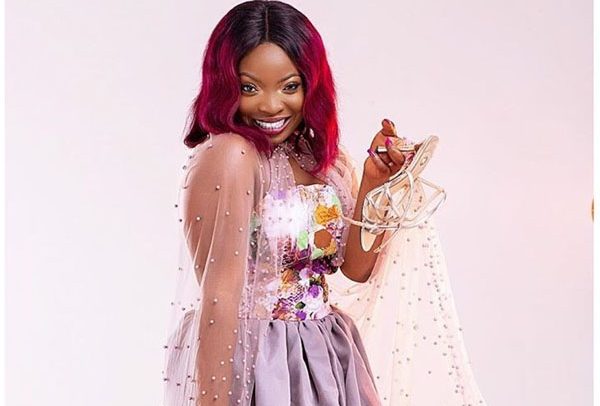 Songstress Sara Darko, otherwise called Benakay, is the new kid on block to join the gradual increasing list of female artistes on the Ghanaian music scene.

Born to Mr. Stephen Darko and Mrs. Victoria Darko, Benakay is a singer, songwriter, composer and performer. She is very talented and so versatile that she can do almost every genre of music‒ and this sets her apart from most of the ladies in the music game, including the established artistes.

She told NEWS-ONE that though there are claims that there are no angels in the music scene, she believes she is one. She considers herself as a person of integrity, decent and God-fearing.

Below is the interview with Benakay:

Can you tell us more about yourself?

I’m just a humble and elegant lady who is incredibly passionate about my musical talent. I come from a family of five, and I am the eldest of the siblings of two girls and a boy.

When and how did you start music?

I started music from a very early age, seriously for seven years, but I have been recording for only two years now. I sang in school all through to secondary school and also sang in church to large congregations. I joined mainstream music in the year 2017 and released my first single dubbed ‘Cooli Down’.

Why did you go for music rather than other professions?

I believe it is God-sent and therefore I must utilise it.

What have you done so far musically?

My first released song is ‘Cooli Down’ written by Akwaboah, but I have also worked with Mr. Eazi, Yaa Pono, amongst others. There is also for ‘Cooli Down’ directed by Some Song Studios in May 2019.

When is your next release?

In few weeks, I will be dropping my next banger.

Have you ever recorded a song and decided not to release it?

Yes, a few. But the timing wasn’t right or financially I wasn’t ready.

How do you challenge yourself to do better?

I’m a self-critic and a perfectionist. So, I always watch my performances with my team and spot what we could do better.

It’s said that most girls who do music are bad girls. What’s your take on that? Are you a bad girl?

There are no angels among us, but some of us musicians have integrity and decency alongside fearing our Creator.

How is your family taking your decision to pursue music career?

Very supportive and excited for me.

What inspired your career and what type of music do you do?

My inspiration is mainly from above, but I like real musicians like the Old Becca, Adele Whitney…

Who were your early passions and influences?

My mum singing at church, so it is kind of runs in the family as my uncle is an executive producer.

What has been your most embarrassing moment as a musician?

Being called up to stage by the wrong name.

Where do you come from?

My mum is a Fante from Anomabo and my dad is an Akuapem from Larteh.

I am attended the Faithway International School, West Africa Senior High and Ace School of Languages.

Favourite Ghanaian artistes and why?

Akwaboah; he is mega talented.

What’s your new song about?

Solace to replace disputes in relationships.

What do you want people to learn from your song when they listen?

Think again and take back a love one after any dispute.

Keep supporting and following me via social handles‒ Benakay Music.

Tags: entertainment, I Am Decent And God-Fearing; Not A Bad Girl- Benakay
Share this article:
Previous Post