‘I Wouldn’t Swap Celso For Fernandes’ 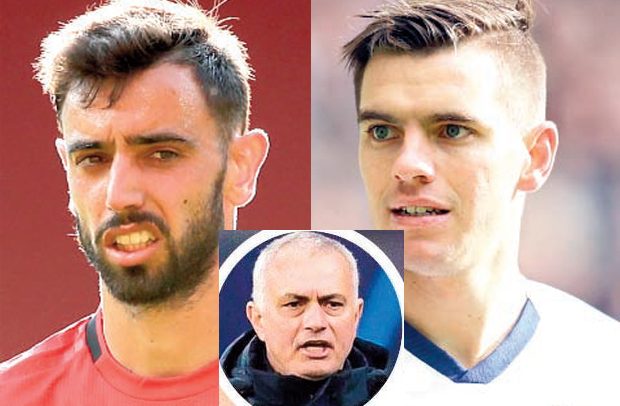 Fernandes has been influential in United’s 15-game unbeaten run and scored a double in their 3-0 win over Brighton on Tuesday.

The Portugal international was close to joining Spurs last summer but a deal failed to materialise and Mourinho said he would prefer Lo Celso over United’s new recruit.

“I don’t know anything about that, but if that is true, and if Giovani Lo Celso was the player that came to Spurs [instead of Fernandes], then I would say I wouldn’t change Giovani Lo Celso for any player,” he told Sky Sports.

“[I wouldn’t swap Lo Celso] for any player. It’s not just for Bruno, but for any player. When I arrived I went in other directions and he did exactly what I love a player to do: ‘I’m going to show you.”

“[There was] no spoiled kid reactions, no crying, no moaning, no agents and family throwing messages to the press and to the social media. It was just between him and me: ‘I’m going to show you,’ and he showed me step-by-step.”

Lo Celso has been one of Spurs’ standout performers this season despite only scoring two goals in all competitions.

Mourinho also addressed his relationship with club record signing Tanguy Ndombele who has not featured since the Premier League restarted.

Sources told ESPN that Ndombele clashed with Mourinho in a training session last week and never wants to play for him again.

“I know when I arrived there were problems. Injuries, small injuries, physical condition and that broke that initial impact when a player starts working with the manager and it broke the immediate impact you can have with other players,” Mourinho added.