If Our Values Are Bad, There Is No Nation To Be Fixed – Presby Moderator 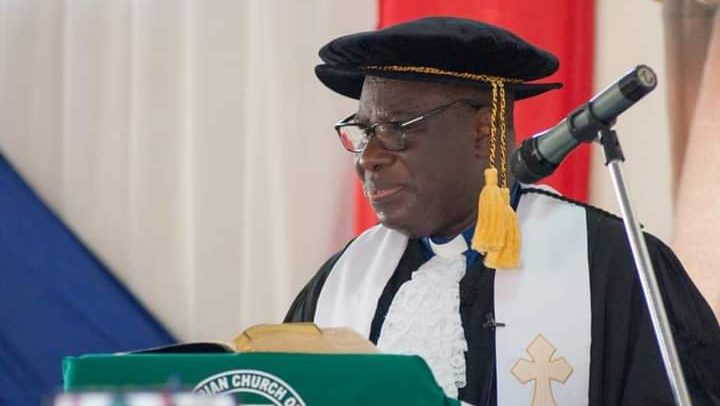 The learned man of Ghana who is noted for being unconventional in his leadership style by members of his church stressed that “If our values are bad, there is no nation to fix.”

According to him, the country has not developed as much as it should because majority of the citizens have lost the good values and morals that influence the right way of doing things. The values and morals that fix problems have been lost, hence many things have broken down in a country that should have been matured and better-off after 64 years of independence, he lamented.

Further elaborating the theme of the service; “Hear the Voice of the Lord,” the man of God said, it was not too late to turn things around and Fix the nation. He said, God is still speaking to His people through the Word. Just like He did in the days of old and in the time of Jesus Christ; who is proof that it is possible for human beings to possess the right values to fix their lives, their community and their country.

The Moderator who was unhappy with the situation in the country also asserted that many citizens, including those in high positions have become possessive and greedy to the extent of coveting and holding onto things they do not need.

Most of these resources which could have improved the lives of the less privileged in the society are either abused or left to go waste by the greedy ones who ought to know better. Nonetheless, “If we live by the values of Christ, which is of God. It is the only way to make Ghana a better place,” he stressed.

He commended government for the Green Ghana Programme and pledged that members of the Church will plant one million trees to support it. Rev. Mante said as the oldest Church in Ghana (about 200 years old), the Church is one of the leading health and education provider in the country with health and educational facilities in all parts of Ghana.

The Church is also doing well in Agric development and known for its continues interest in developing less endowed communities.  A proof that the PCG is a holistic Church that looks at the Spiritual, Moral and Social needs of its members and the country.

The Chairperson of the Volta Presbytery, Rev. Frank Oguase Adu thanked the Moderator for the gesture and assured that the donations will be used judiciously to further the 1.5 million membership vision of the Church.

Some of the areas visited include, Akwamufie Distric Akosombo District, Anum District, Ho District and curtesy calls on the Akwamumanhene, Odeneho Kwafo Akoto III and the Moderator of the Evangelical Presbyterian Church of Ghana.

Tension at UHAS as Students, Lectures Demo over Bad Roads