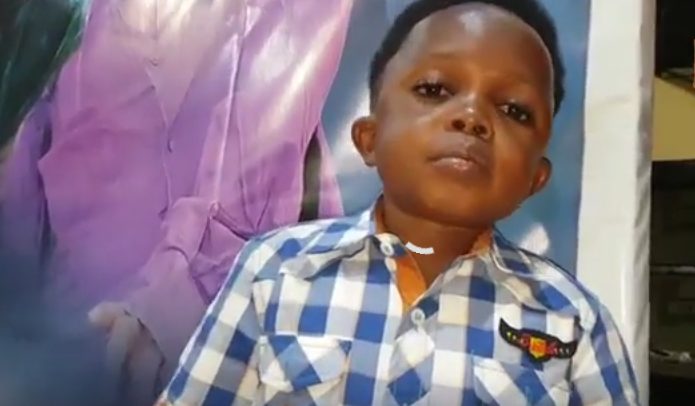 Actor Don Little has expressed interest in marrying actress Maame Serwaa, whom he has described as a perfect match for him.

According to him, she is the kind of woman he would like to settle down with one day. He would, therefore, be more than happy if he gets the opportunity to marry her.

“Maame Serwaa is a big machine and she is my taste. Me, I like big machines,” he said in an interview with NEWS-ONE on Thursday.

Maame Serwaa, who has been acting in Kumawood movies since she was six, is now a grown woman. She has completed senior high school and currently getting ready to further education at the university level.

Just last week, she penned a five-year deal with Silvanus Records to manage her career to the next level. The deal has been described as juicy and it includes a house in Accra, a car and an educational sponsorship.

There were speculations that a ‘certain gentleman’ had gone to see Maame’s dad to express interest in marrying the actress.

But Don Little told NEWS-ONE that “I wasn’t the one who went to seek her hand in marriage. Maame Serwaa is a good girl and she is hardworking. If you don’t know her, you may probably say she brags. There is no problem; I can marry Maame Serwaa if only she will love me.”

Don Little, 20, early 2018 revealed that the size of his manhood has caused him to lose a lot of women.

According to him, most women he had dated complained about the size of his manhood.

“Women reject me because of my manhood. They claim it is too short and does not give them the satisfaction they want,” he stated when he appeared as a guest on Adom TV.

Though the actor claims he has slept with about five ladies who are taller than he is, he said the complaints have been the same. This, notwithstanding, Don Little is confident of getting the woman of his dream who will accept him for who he is. As to whether he can win the heart of Maame Serwaa is a story to be told one day.

About his acting career, he revealed that “acting was not my future plan but through a friend I am now an actor. My friend took me to production houses for auditions and rehearsals and through that I met my boss Funny Face and God’s grace I hit the jackpot. Now if I step out there people recognise me. I thank God for giving me such favour.”