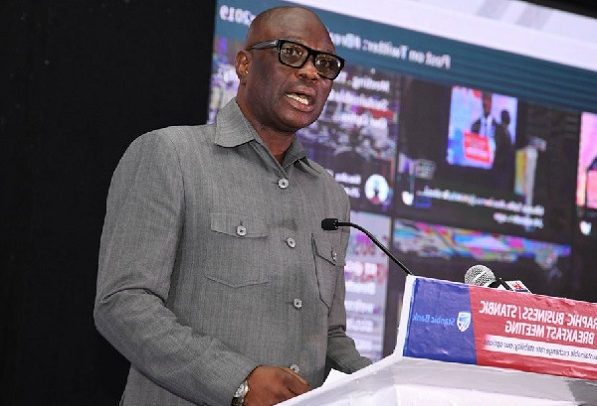 PRESIDENT OF the Ghana Union of Traders Association (GUTA), Dr. Joseph Obeng, says   the IMF programme will help restore economic stability in Ghana despite the economic challenges facing the country.

Speaking in an interview with the DAILY GUIDE Wednesday, he said the move by government for an IMF bailout was not a misplaced priority since the business community will be in a better position if all economic indicators point to the right direction.

He said “Government is the manager of the economy, they have information that we do not have, and we have come this far, so if Government wants to go to the IMF, then there may be certain things they might have considered that we do not know. All that the business community needs is stability and we are supporting it in terms of stability. This is because, if you look at all the indicators of doing business, they are going bad and we want some form of stability; if an IMF bailout will bring that form of stability, so be it.”

He, however, mentioned that an IMF support was not necessarily the issue but how to ensure appropriate negotiations are made by Government   to address the issues of inflation, interest rates, monetary policy and other economic indicators that would adversely affect the economy in the long run.

He added “All that we seek as a business community is stability because, interest rate has gone up, inflation has gone up and it’s not helping the business community so if it’s going to support us, why not? But we should negotiate in a manner that will not bring adverse effects on the economy.”

He further mentioned that government, as part of measures to ensure fiscal prudence, could consider reducing a lot of its expenditure on certain social intervention programmes including the nurses allowances and the free SHS programme.

Though Dr. Obeng acknowledged the impact of the COVID-19 and the Russian Ukraine war on Ghana’s economy, he said failure by the government to put in pragmatic measures to reduce the interest rate would continue to negatively impact businesses.

“We should also find a way of reducing the interest rates because this inflation rates are driven by cost and not as a result the fact that we have excess liquidity. The situation we have now is the accumulation of cost of goods and services. If you touch the interest rate, it affects all areas of the economy because don’t forget, the cost of doing business is influenced by a rise or fall in the interest rate.”

He further appealed to government to relook economic structures that emboldened most foreign dominated businesses to repatriate funds generated in the country to their home countries without any retention policy to support the Ghanaian economy.

‘Music Is Now Better Than Before’