I’ve Not Demanded Deletion Of Any Member’s Name-Gayheart 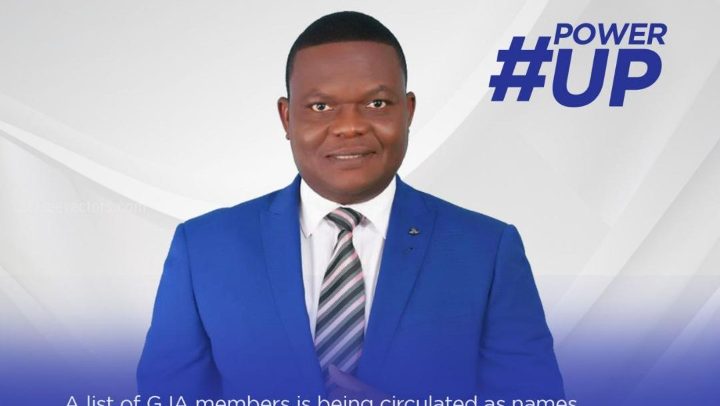 Aspiring President of the Ghana Journalists Association (GJA), Gayheart Edem Mensah says he has not asked for the deletion of any member’s name from the list of qualified members who will vote in the upcoming GJA presidential elections.

He described the move as mischief and feeble propaganda attempted to cause disaffection for him.

According to him, some of his opponents in the upcoming GJA presidential contests are circulating a list of members around that he has challenged them as not members of the GJA.

Gayheart indicated that he has not challenged names of members of the Association being circulated around.

“A list of GJA members is being circulated as names challenged by Gayheart. This is not true. It is a feeble attempt at propaganda. I’ve for the GJA elections only raised issues with
1. 38 of the 45 names from Atinka Fm.
2. The different lists from the Secretariat (one from the Administrator and one from the Accountant.
3. The 300 names on the Administrator’s list but not the Accountant’s. I haven’t demanded deletion of any member’s name. Kindly disregard the mischief that is intended,” he stated in his response to the move he described as feeble propaganda.

Gayheart Mensah, a media practitioner of 33 years standing, has filed his nomination to contest for the Presidency of the Ghana Journalists Association.

Mr. Mensah was nominated by the National Media Commission (NMC) to serve on the Board of the Ghana Broadcasting Corporation (GBC).

He was an Adjunct Lecturer in Advance Journalism and Development Journalism at the Ghana Institute of Journalism (GIJ).

Gayheart has indicated that his motivation to contest for the GJA presidency is driven by a “mission to restore GJA to its rightful place in the development agenda of Ghana”.

Whilst he believes that the current executives have done their best, he sees a lot more growth and potential for the GJA, in what he calls “the next phase of the association”.

He characterized that next phase as one under the acronym ‘POWER’, representing Professionalism, Organization, Welfare of members, Empowerment and Respect for the journalism profession.