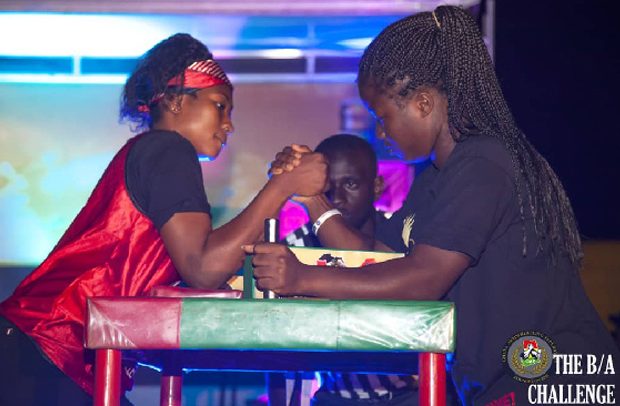 The Jackson Park in Koforidua will be the venue of attraction for the next edition of the Eagle Extra Stout armwrestling event tomorrow.
Dubbed ‘The Eastern Challenge’, this event will be open to the general public (men and women of all ages) and will serve as a platform for crowning the best armwrestler in the region

Ahead of the challenge, there will be an in-bar activation within selected drinking spots and bars around Koforidua, Nkawkaw, Suhum, Tafo, Somanya and Odumase; all directed at sensitising the communities and would-be players for the ‘Eastern Challenge’.

The ‘Eastern Challenge’ is collaboration between the Ghana Armwrestling Federation (GAF) and the Accra Brewery Limited (ABL) through their Eagle Extra Stout.
According to the technical team of the Ghana Armwrestling Federation, competitors will battle in three weight categories for both men and women.
Already, anxiety has set in, as players from the gyms, security services, campuses and the general public are so eager to participate in the biggest sporting event to hit the Eastern Region.

According to them, registration is free for all interested members.

Awesome prizes ranging from trophy, cash and products from sponsors are available for grabs by winners.