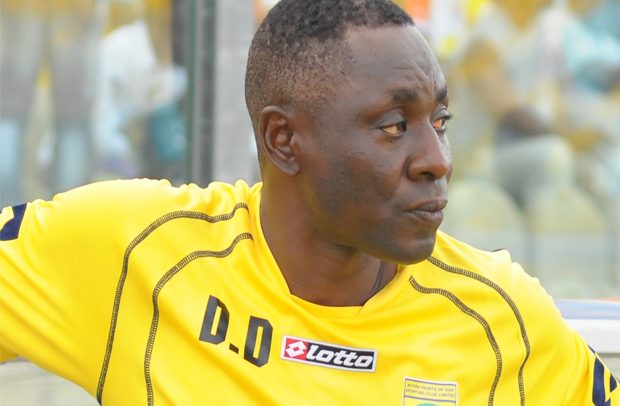 The former Chief Executive Officer (CEO) of Asante Kotoko, Jarvis Peprah, is calling on Kwame Kyei, the club’s Executive Chairman, to lay down his tools.

Peprah is the second critic in a span of one week to have questioned Kwame Kyei’s leadership style after David Serebuor Boateng, a former management member.

To Peprah, the current happenings in the team are a clear testament of the club’s management’s leadership inefficiencies.

As a result, he is calling on Kwame Kyei to step aside and save himself from embarrassment, with signs of doom clearly on the walls.

He, however, praised the Executive Chairman, having brought the club thus far, but said it is high time he resigned.

“Dr. Kwame Kyei has done his best for the club but I think it’s time for him to go and hand over the team to his Royal Majesty Otumfuo Osei Tutu II,” he told Happy FM.

He added, “There is a lot going on with the club, players are not happy and complaining. There are issues with player transfers, strike sponsorship, and many others. This all shows management has failed.

“We all have to check whether the team is progressing or not. There has been too much talk about the management style of Kotoko which should be a concern. For someone like Edmund Ackah to resign should tell you that all is not well with the club.

“He has done his part and I think he should just go to Manhyia and hand over the team.”

Currently, FIFA-related issues confront Kotoko ‒ with the world’s football governing body ordering the Porcupine Warriors to pay $180,000 to Esperance or else be relegated from the Ghana Premier League.