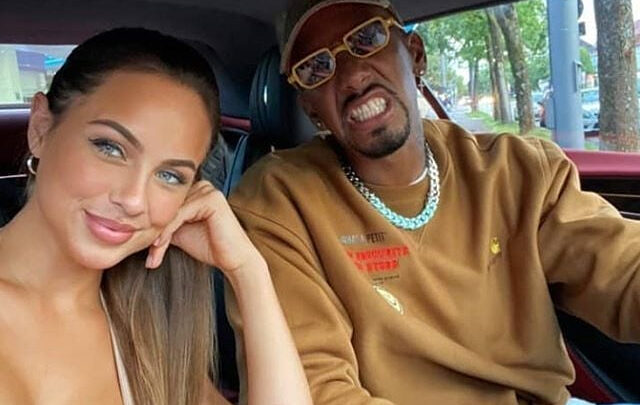 She is reported to have killed herself in her Merlin apartment on Tuesday, 9 February 2021 after the two split-up two weeks ago. Tuesday night was she and Jerome son, Noah’s birthday.

The apartment in which allegedly killed herself, DGN Online understands, belongs to Jerome Boateng, a German footballer with Ghanaian parentage.

Jerome was in Doha, Qatar where he was due to join Bayern Munich in the World Club championship final against a Mexican club. But after Kasia’s death was announced early on Wednesday morning, he had to cut his trip short and return to Germany.

According to report in Daily Mail, police, however said that the death was not being treated as suspicious.

Jerome Boateng who announced the death of his ex-lover Kasia on his Instagram page wrote,
“rest in peace. You wonderful person, miss you and would have loved to say goodbye. I hope you find your peace now and hope the truth comes out now, I know how much you wished it would”.

“ I will never forget you, I don’t know anyone who could laugh le you. Send a lot of strength to the family “.

Lenhardt achieved fame after appearing on the Television show ‘ Germany’s Next Top Model” way back in 2012 and then she was dating Boateng before they broke up on February 2.

Jerome has accused her of blackmailing him into a relationship which had created problem in his family. They also had issues over alcohol.