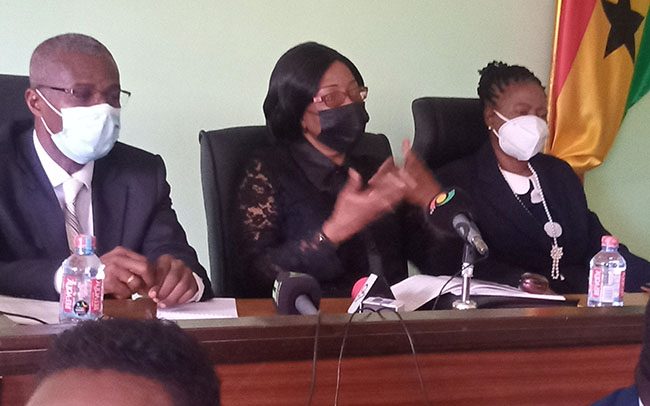 A Court of Appeal judge and Head of Alternative Dispute Resolution (ADR) of the Judicial Service, Justice Irene Charity Larbi, has asked lawyers to stop discouraging their clients from resolving disputes through ADR.

According to her, ADR is rather beneficial to lawyers since they tend to have happier clients because they helped them select and implement appropriate and cost effective options for resolving disputes.

Justice Larbi made the appeal during the launch of the ADR Week in Ada in the Greater Accra Region yesterday under the theme ‘Making our courts user friendly, through the use of ADR.’

This week will be used to create public awareness in the country on the effectiveness of ADR.

During the ADR Week, parties who also have cases pending in courts that are connected to the ADR Programme, will be given the opportunity to have their cases settled through mediation as mediators have been assigned to each court to help amicable resolution of cases that have been referred to ADR by judges and magistrates.

According to her, ADR ensures privacy in resolving matters than the conventional way of litigation.

“You can imagine the embarrassment a tenant who has committed no crime has to face in coming to open court to plead for time to vacate premises in such a hostile environment. This is one of such example of the downside of conventional litigation,” she said.

Justice Larbi continued that ADR provides a healthier method for resolving disputes by appreciating the techniques which support the positive maintenance of relationship because the process teaches them new ways to deal with future conflict and ways to communicate.

She additionally said other advantages of ADR included the decongestion of the courts, thus enabling judges to handle more cases, and savings in financial and emotional cost to parties.

Justice Larbi disclosed that from January to December last year, a total of 5,455 cases were mediated out of which 2, 312 were settled, representing a 42 per cent settlement rate.

She said this clearly indicated that the ADR mechanism was a reliable partner to the traditional justice delivery system which helped reduced the backlog of cases in courts.

Techiman Decongestion Not Targeted At Anyone – Omanhene