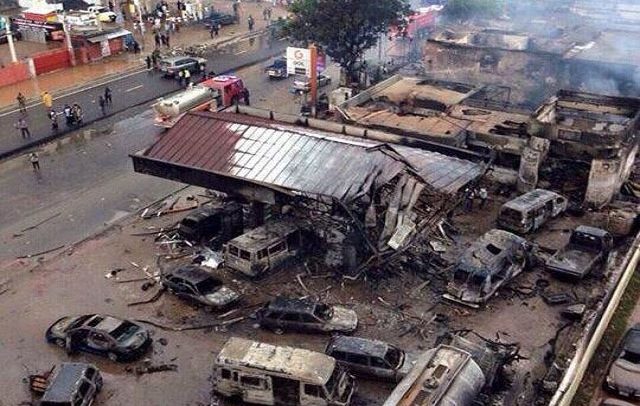 One of the survivors of the June 3, 2015 twin disaster that struck Accra, remains in a critical condition nearly five years after the incident.

Kassim Suraj is among the 108 survivors of the disaster.

But after undergoing 18 surgeries as a result of the injuries he sustained during the night of the disaster at the Kwame Nkrumah Circle GOIL gas filling station, he is still battling for his life at the 37 Military Hospital in Accra.

This came to light on Monday, June 24, 2019, in Accra as the Natural Disaster Management Organisation (NADMO) disbursed an amount of $200,000 donated by the Government of Benin to the victims of the June 3 disaster.

The $200,000 was donated in October 2017 and the Ministry of the Interior subsequently formed a seven-member Disbursement Committee to disburse the fund and any other monies that have been raised for the victims.

Mr. Suraj was the highest recipient, haven been presented with Gh¢ 40,000 to cater for his medical bills.

The ambassador of Benin to Ghana, Martin Dossa and officials of NADMO visited Suraj at the Hospital where a cheque was handed over to him.

About 160 individuals lost their lives during the disaster on that fateful night.

5 Arrested Over Attempted Kidnapping At Daboya