Justice Blay Out For 12 Weeks 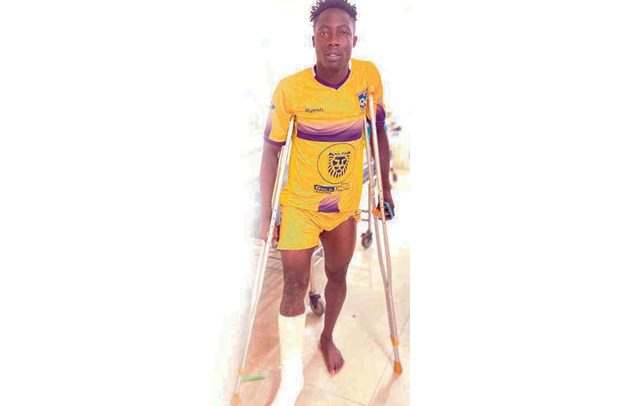 It has emerged from Tarkwa-based Medeama SC that midfielder Justice Blay will be sidelined for close to three months following his fractured fibula.

On Sunday, the Black Stars player was dealt with a bad tackle on the right leg, forcing him out of the game with few minutes remaining before the break in their game against Legon Cities in Tarkwa.

The club’s website stated that the former Asante Kotoko loanee suffered a fracture of distal 1/3 of the right fibula after a scan at the Tarkwa Municipal Hospital revealed.

Sadly, Blay’s return to action remains in doubt and perhaps his season might be over depending on his recovery.

Indications are that the 29-year-old is expected to visit the Korle-Bu Teaching Hospital in Accra later for further assessment before a possible trip to South Africa for treatment.

The culprit, Joseph Adjei, was red-carded for his irresponsible action, but has since shown remorse and consequently rendered apology to the victim.

A Leader Must Get Rid Of Envy In His Life