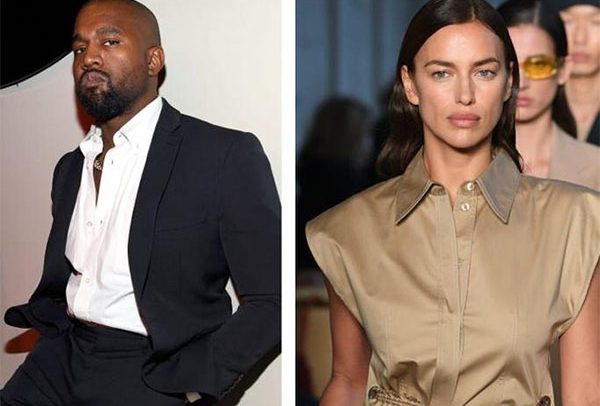 They are in France for Kanye’s 44th birthday and rumors are rift that they could be intimately involved with each other.

On June 8, 2021, Kim took to her Instagram page where she has about 227 million followers to pour out love for Kanye West on his 44th birthday. Checks by African Entertainment on Wikipedia showed that West was born on June 8, 1977 in Atlanta, Georgia, United States.

“Happy birthday. Love U for Life!,” Kim Kardashian said in a post that can be described as coming from someone who is apparently battling ambivalent.

Kim would have probably been on the trip with Kanye were they still together but in her absence, Shayk is filling the void.

Shayk has been in the modeling industry for over a decade and has dated Cristiano Ronaldo in time past.

She has also dated Bradley Cooper. As a model, she has featured on several international brands and covered Vogue magazine at least 14 times.

The Daily Mail first reported about Kanye and Irina’s trip, releasing photos that showed the pair enjoying the countryside in France. The Daily Mail reported that  they stayed at the luxe Villa La Coste, a 600-acre boutique hotel beloved by artists and celebrities which features an organic winery, spa, three restaurants and an art center.

“They were taking pictures of each other and the sculptures,” an eyewitness tells E! News. “They looked incredibly happy and relaxed. It was just them and a few friends.”

Castro, Janet Bandu To Be Legally ‘Declared Dead’ In July