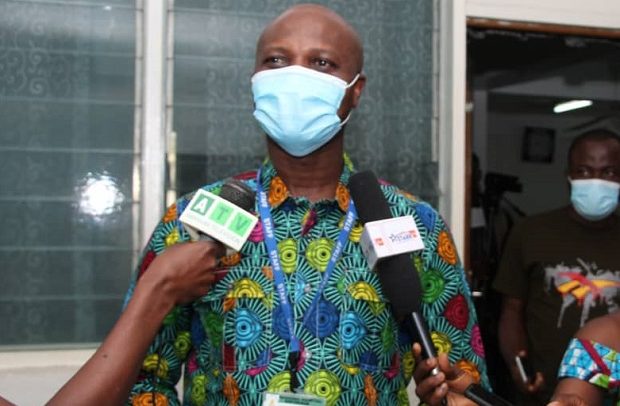 The management of Eastern Regional Hospital in Koforidua (ERHK) is appealing to the public to come to their aid by donating blood to the facility.

According to the hospital, they are almost running out of stock at the blood bank and if the situation persists, it will put patients, especially pregnant women and accident victims, in danger.

The Medical Director of ERHK, Dr. Akoto Ampaw, who revealed this during a media encounter, said as at Friday, October 16, the hospital had only seven pints of blood at the blood bank donated by some staff to save the situation.

“It was so critical. We weren’t having at all. So from department to department, we started donating and I can say on record that I donated a pint of blood not too long ago in the campaign,” he disclosed.

Dr. Ampaw attributed the acute shortage of blood at the hospital to the Covid-19 pandemic, which led to the closure of educational institutions, particularly second cycle schools.

He encouraged Ghanaians to voluntarily visit any blood bank to donate blood to help avert a crisis, adding that the SHS students are major blood donors at the hospitals but their absence in schools had affected their stock.

On the records of patients who attended the hospital this year, he explained that the facility recorded a 15.6 per cent decline in OPD attendance from January to June as a result of Covid-19.

Dr. Ampaw said the overall admissions increased by 10.4 per cent with daily admissions rising from 52 to 57.

He also said that the average length of stay of admitted patients at the hospital increased from four to five days.