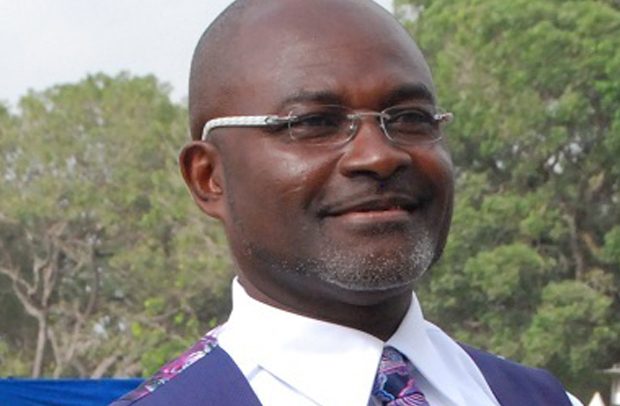 The contempt of court case brought against the New Patriotic Party (NPP) Member of Parliament (MP) for Assin Central, Kennedy Ohene Agyapong, has been adjourned to September 18, 2020, as the court bailiff was unable to serve him with the order to appear before the court.

The bailiff, according to an affidavit of non-service, attempted to serve the NPP MP at his office but did not meet him and was directed to serve him (Mr. Agyapong) through Parliament.

A letter written by the Clerk of Parliament to the registrar of the court also indicated that they were unable to serve the defendant and directed the court to find other ways of serving him.

Mr. Agyapong was summoned to appear before the court to show cause why he should not be ‘punished severely if found to be in contempt of court’ following certain statements he allegedly made against a judge hearing a civil case brought against him and two others.

In the main summon from the court jointly signed by the judge, Justice Amos Wuntah Wuni, and the Registrar, Issahaku Musah, High Court, Land Division, it gave the title of the case as Susan Bandoh and Christopher Akuetteh Kotei as the plaintiff with Ibrahim Jajah, Nana Yaw Duodu aka Sledge, Kennedy Ohene Agyapong and the Inspector General of Police as the defendants.

The ‘order to appear in court’ said, “Whereas the attention of the High Court (Land Court 12) has been drawn to a television and radio programme allegedly aired on NET2 TV and Oman FM stations on 2nd September 2020 at around 9pm in which Kennedy Ohene Agyapong, 3rd Defendant herein, allegedly scandalized and threatened this court in this case, pending before the court, in a manner which if proven against him will amount to contempt of court.

“I hereby summon the said Kennedy Ohene Agyapong per a warrant issued under my hand and seal to appear before the High Court (Land Court 12) on Monday 14th September, 2020 at 10 am to show cause why he should not be severely punished for contempt, if the matters are proven against him to the satisfaction of the court (sic).”

In the heat of the moment, the MP had reportedly said on his ‘Net2 TV’ station that the court decision to grant an injunction against him was “stupid” because there was no due diligence.

The case was scheduled for yesterday but when it was called, the MP was not present in the courtroom neither was his lawyer nor any representative.

The presiding judge, Justice Amos Wuntah Wuni, making a reference to the rules of court stated that ordinarily the power of the court to punish for contempt of court would be exercised by an order of committal through a motion for committal which must be served together with supporting affidavits personally on the defendant before he can be committed.

He also referred to another rule which states that without prejudice to its power, the court may dispense with the service of notice of motion if it thinks that it is just to do so.

“Guided by the rule, this court directed a bailiff to serve Kennedy Ohene Agyapong personally at Net2 and Oman FM stations at Hollywood Building, Madina Zongo Junction in Accra,” the court said.

Justice Wuni read an affidavit of non-service filed by Eric Botwey, a bailiff, which indicated that he was unable to serve Mr. Agyapong.

According to the bailiff, he went to the office of the MP and his receptionist called him on the phone and he (bailiff) spoke to the MP who asked him to take a shot of the documents and send to him.

He said Mr. Agyapong later called and directed him to send the documents to Parliament House.

Justice Wuni said the registrar of the court subsequently forwarded a copy of the order for Mr. Agyapong to appear in court to the Clerk of Parliament House, Accra.

In view of the inability of the bailiff to serve Mr. Agyapong personally and the registrar’s failed attempt to serve him through Parliament, the court gave an order for substituted service of the order in two forms.

A copy of the order is to be posted on the notice board of the High Court, Land Division at the Law Court Complex.

A copy of the order is also to be posted at conspicuous parts of ‘Net2 TV’ and ‘Oman FM’ at Madina Zongo Junction in Accra for three days.

The case was adjourned to Friday, September 18, 2020 for hearing.